We’ve spent the last couple of days checking out the USA’s capitol city, firstly the major government buildings, followed by a slightly Smithsonian flavour. There is a distinct uniform style to much of the city with a sleek and rectangular federal theme. It was strange to note that closest architectural comparison to places like the Library of Congress are the buildings of Soviet Russia. Or, indeed, Churchill College, Cambridge. Although the police presence was unsurprisingly evident, security around the White House was far laxer than we had anticipated (though they were visibly stalking the roof), allowing us a reasonable view. Perhaps the President was out. 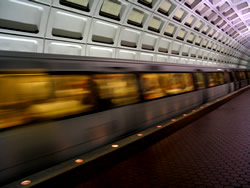 American public transport exists in a usable fashion only in the major cities, and here the Metro was a conveniently accessible way to travel around. The lines are labelled only by their colours (which works since the system has far fewer than London) while the stations share an identical cavernous appearance. Although this makes them feel larger, the lighting in many of the stations is woefully poor and I cannot say I would feel safe travelling in them late at night. More impressive, though, are the multilevel stations where lines meet, forming a perpendicular cross.

The Smithsonian Institution funds and controls most of the educational and arts resources in the city including a stunning indoor botanical garden which is regulated by an automated system of bewildering precision. A little further out they also run a self-proclaimed National Zoo which, frankly, I found somewhat depressing. My views on zoos remain, while not ambivalent, decidedly mixed. Having seen animals in the wild on safari, the caged alternative is not only less appealing, but does in many cases seem cruel. It may be understood in terms of protecting near-extinct species (they have done sterling work regarding Panda fertility) but one finds it difficult to accept the Smithsonian researchers’ claim of attempting to “save” the Asian elephant. Similarly, even where it may be necessary, cramped enclosures with little to occupy the evidently bored animals hardly seems ideal. The zoo model is not inherently bad — I was particularly impressed by one in Singapore — but I struggle to think of a Western example I can wholeheartedly recommend. Nevertheless, it did provide ample sport for my camera (still the old one, for those paying attention), with some of the results visible below. Full size versions will hit the Gallery in due course. We expect to reach Louisiana in a day or two and then those of you who I know have been waiting will be able to see the young girl into which Karleigh has turned. 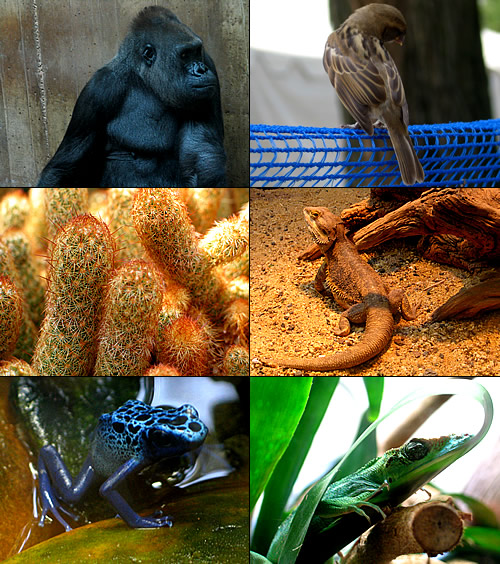 Under the Boy Wizard’s Spell