Trapped In Its Own Web: Spider-Man 3 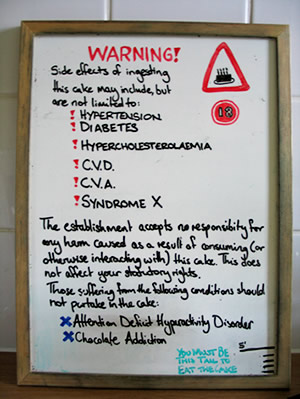 Yesterday was Rav’s birthday which we celebrated first by gorging ourselves on takeaway Nando’s (the new ability to take sauces away in small plastic tubs is great) and then heading to an opening night showing of Spider-Man 3 at the Picturehouse. Not even my favourite screen in Cambridge could improve the disappointing mess of the final instalment of Raimi’s trilogy. I shall not dwell on it here since I have already written a full review, but suffice to say one of the more positive reviews I have read described it as “a smartly subversive drag show”. At least I think it was supposed to be positive. When even the mainstream press are panning a blockbuster movie, one has to wonder about the motivations of those reviewers who continue obstinately to praise it — are they nobly defending their opinion or just protecting their future free preview tickets?

Afterwards we returned to K to celebrate with an unfathomably unhealthy triumvirate of chocolate cakes. It was as if dark powers* had aligned in this confluence of cocoa that seemed to suck the light out of its surroundings. A warning notice was required. As I was involved in springing the surprise cake attack I was unable to take photos, though Rav certainly sounded pleased. Outdoing even the DeathCake™ was the gift of a projector, contributed to by most of the people in the room. He immediately set about clearing an entire wall to screen several episodes of Scrubs as a test. Based on his grin it definitely passed.

* Apprentices Dave and Angie under the tutelage of the dreaded Sith Lord Jamie Oliver.

The photos I do have are in a gastronomic vein, taken during the preparation of the DeathCake™. 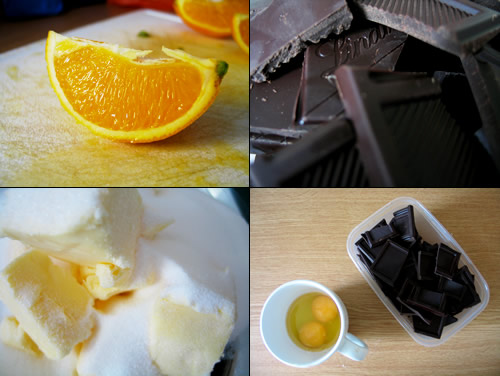