The War of the Rooms

The Rooms Ballot is not wholly unlike a small scale war. The evidence is there. Territory is marked, threats are made, alliances forged and broken, creative espionage, tears alongside the victory cries, and a little concealed trickery (several rooms disappeared from the ballot during the proceedings). And like anyway war, the best way to survive is just to entrench yourself until the whole thing blows over. In a way I’ve been lucky. Having been so low last year I knew there was no point in trying to predict available rooms and just took what was available. Being conversely high this year (reversing last year’s list) meant that I knew I’d end up with at least a good room if not great. N sadly escaped me, but returning to K surrounded by friends will be great fun. Good luck to anyone who has yet to pick. 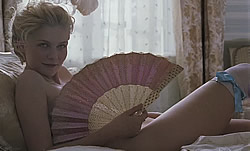 I was watching a trailer for Marie Antoinette and noticed that the way in which Kirsten Dunst was being shot bore a striking resemblence to Sofia Coppola’s The Virgin Suicides. Which, it turned out, makes rather a lot of sense since it too is directed by Sofia, bringing her recognisable, voluptuously dreamy style to historic drama. It should be an interesting character piece on the naïve young queen.

The jazz band, Square 1, had a recording session today with some serious recording equipment. Sparkie sent a couple of samples my way and they sound great. Very tight performances with Nischa’s beautiful vocals lilting softly over the top. That said, having heard from my room Summertime being rehearsed unceasingly throughout my entire first year, I’d be lying if I said it didn’t set my teeth on edge at first. 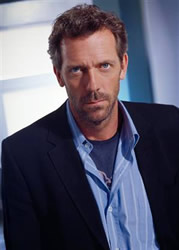 Despite my general hatred for TV of late, I must confess that there are a remarkable number of shows drawing my attention. Aside from the oft-mentioned Beauty and the Geek, on which I can confirm Lej is awesome (“Not meaning to be cruel but she seems like the dippiest girl we’ve had in here”), my latest diversion has been House. I’ve never been a big fan of hospital dramas in which doctors with an encyclopaedic knowledge of medicine reel off convoluted diagnoses of everyone in the room before saving them all with a piece of chewing gum and an unfolded paperclip. Each episode of House unfolds more like a mystery, only with a malady as the villain and a misanthropic cripple as its hero. Dr. House, brilliantly performed by Hugh Laurie, deals with only one patient at a time, and his solutions involve trial and error and research rather than instant fixes. As for his character, imagine me as a doctor and every reason why that could never work — and there you have House, MD.

The Iridescent and The Incandescent