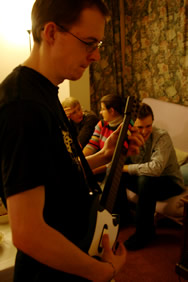 I spent last weekend up in Cambridge, taking a look at the fourth years’ new houses and generally catching up with everyone. It was my first trip back to Cambridge since I graduated, but this visit was really more about the people than the university or the town. Indeed the location was completely unfamiliar with their houses being far off north of the town proper, once it becomes residential and real people start to exist. Fortunately the Citi7 bus travels all the way from the station to such uncharted reasons so it wasn’t too difficult to navigate.

The housewarming was in a house predominantly inhabited by the ex-K lot from last year, most of whom had also been down for my birthday in August. The house was pretty packed with Angie keeping food flowing, Rav and Sparkie rewiring the house, and Adam (whose not-very-surprised birthday party was also being celebrated) showing off his Guitar Heroics while laughing maniacally at everyone else’s attempts. Everything as normal, really. 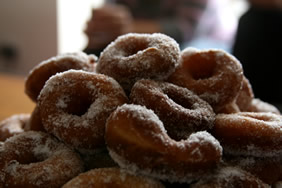 The following morning I was up early, gorging myself on a breakfast of bacon sandwiches following by a lunch of freshly cooked mini-doughnuts — with such hospitality I’ll certainly be back soon! After helping with a little tidying I headed over the medics’ fancy new abode. TomTom and I charged through several levels of Halo 3 (getting dirty looks from Cat) before being more sociable on the arrival of Lyds’ guests. I headed home in the early evening which was fortunate given the inevitable rail works. I would have liked to spend longer, but I’m sure there will be plenty more trips to come. I also expect everyone down in London to see the flat before long, though possibly not at the same time what with it not being a house. As for the photos, larger versions may appear here soon but I’m still getting used to the 400D and its ridiculous ISO settings (up to 1600 which is great for low light blog photos but obviously very grainy at full size).

I have also received a some of Philips’ great new amBX gaming gear (apparently worth just over £200) which conceptually is a fantastic extension of the ambilight which first featured in their TVs. I would absolutely love to write you a review except that there are no 64-bit Vista-compatible drivers yet. This is disappointing given that supposed cutting edge technology like this is most likely to be adopted by people running the latest OS. They promise new drivers are on the way, so stay tuned… 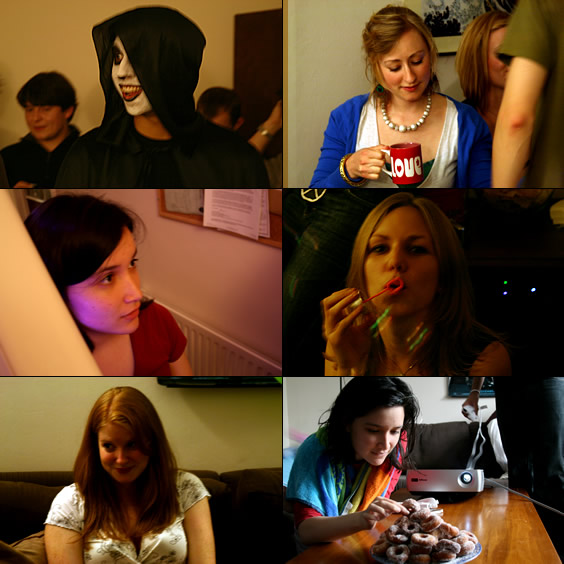 An Evening With Neil Gaiman