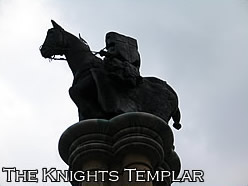 With Renzo off to New York I had the office to myself for the last three days. The work started to get a little more mundane, like photocopying, numbercrunching (sorting out the client bill where the partner in question was charging a cool four twenty an hour for his time) and a little light grunt work moving boxes of files. Still haven’t made any cups of tea though, partly because I don’t actually know where the machine is. One of the considerable perks is that when someone tells you to go and grab some sandwiches and crisps for everyone because a meeting will run over lunch, that means a quick trip to Pret courtesy of the firm.

Some papers needed to be hand delivered to a barrister so I agreed to walk them over, giving me a chance to wander through lawyer country (forget throwing bricks, you can’t even sneeze here without hitting a lawyer) looking very much the part and with a swanky umbrella I’d borrowed (which almost sold me on umbrellas since usually I can’t stand the irritating things). Delivered the files safely to 3 New Square which is next door to the lawyers at 4 New Square with whom I had drinks in the Howard Building during first term. This was in Lincoln’s Inn, whose garden party I attended in exam term. And then had lunch in the Middle Temple gardens, whose annual dinner at Clare I attended in second term (the one with properly decantered port).

Despite the fact they are on summer recess, relying on luck once again, I managed to sit in on a court hearing today followed by the rather surreal experience of working my way through a mostly deserted Royal Courts of Justice. It’s rather a lot bigger on the inside that it appears from the inside (and it looks pretty damn big from the outside!). Sure a patent application hearing doesn’t sound terribly exciting but after digesting all the background on the train home the previous night it was really quite interesting…or at least the second hour was!

The final day was slower, generally wrapping up the bits I had left over. A leisurely elongated lunch at a nearby restaurant with several of the younger lawyers was a nice end to a very productive week. A few of them urged me to apply for their vac schemes and even a training contract, so that’s another possibility to add to the list.