Friday’s birthday do went well. It was a decent medium-sized gathering despite the many people who were inconveniently away. TomTom (thanks for helping with so many lifts), Lyds and Annabel made it and even Rav braved the treacherous trip into terrorist-infested London. Sammy C came down from Birmingham too, where he’s now living, and Zaki brought his cousin all the way over from Ireland (okay, so he was here visiting anyway). And it was great to meet up with everyone else who I haven’t seen for far too long. 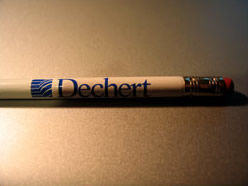 I’ve started work experience at Dechert, a City law firm, in a department that specialises in Intellectual Property, meaning that they deal with a lot of techie stuff. You know how much I love corrupting clichés and destroying expectations, so naturally other people made me cups of tea and I was briefing lawyers before a meeting instead of the other way round (they were trying to get an account with a company that deals in the world of MMOGs so I knew more about the industry than they and they asked me to make them a cribsheet to sound good – and yes, we got the job). Strangely I have not yet been asked to sign any NDA, but nevertheless I shall not be discussing cases in anything more than general terms. There was also some work to do with retrieving domain names, so the pains of the Downing Ball issues could be put to some use.

The next day mostly consisted of more mundane contract proofreading (but imagine the enjoyment you get from pointing out my errors, and then extrapolate for a fully qualified lawyer). It would appear that it’s just not a real contract until it hits 90 pages, although this matter has been ongoing for almost a year and is closing this Friday (in New York, but they declined to ask me along). Amongst the employees is a trainee who went to Lucy Cavendish at Cambridge, so we spent a while reminiscing about Virgo (she was at the infamous knicker-throwing lecture), the Hopkinses and Downing gravel.

By the way, Graham, I notice you still haven’t signed like we discussed…