Tag: let the right one in

Blogging in bed is definitely the way forward. My silence this month has been more due to lack of a good stretch to write as those keeping an eye on my Twitter feed will have seen from the fairly regular stream of updates to which they have been treated. Its succinct 140-character limit also provides a useful basis for summarising what I’ve been up to in the last few weeks. Let’s have a look at the key tweets…

Let The Right One In: beautiful, bleak and very Swedish. Sarah D and I saw this at the Odeon Covent Garden and both loved it. On the back of its critical reception an American remake is already in the works. Capturing the sense of isolation without the curt Swedish dialogue and permanent blanket of crisp white snow will be a challenge. Despite similarities in its setting with 30 Days of Night, this is no horror film, but rather focuses on the relationship between the young Oskar and the strange girl who enters his life. “That was weird,” commented a girl behind us as the film finished. “It was a Swedish vampire film, what did she expect?” Sarah wondered aloud.

Finally making proper use of toptable.com – Sarah and I will be checking out Bloomsbury Bar & Restaurant at 50% off tomorrow eve. Prior to the film we had a pleasant, unhurried dinner at this posh-looking restaurant with its black leather and subtly aloof staff. The food was great if not particularly inventive — it’s very standard “Modern European” fare. At half price and with a good bottle of wine, however, it’s easy to recommend. I am told the toilets are quite a sight too. I’ve been meaning to use toptable for the past year and a half and now it seems like a good way to realise my current resolution to take better advantage of London’s restauranting scene. If you feel like helping, let me know.

Going to one of the Science Museum Lates events this evening – http://bitly.com/1PVkV – it better not be some swingers party for scientists. I hadn’t even heard of this until Rachel N mentioned it, but it’s a great idea: late evening access for adults to the entire museum, with alcohol, without kids, and could even be a rather social experience. I’m certainly keen to go back.

Finally shifted Casablanca from the pile of shame. In fairness, owned it for a while but was prevented from watching by earlier promise. As a film fan this was undoubtedly the biggest title I should have watched but never did. Alissa and I agreed a while back that we would watch it together and since she and Chris found themselves at our house for a barbeque with the other guests MIA, it seemed like a perfect opportunity. The delay arguably built it up into something even more special, and it certainly lived up to our expectations. And on the subject of great films: Some great new subtle film reference t-shirt designs at Last Exit To Nowhere: http://bitly.com/TDsC. 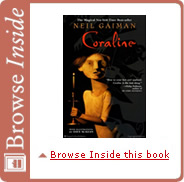