About a month ago I joked that musically, if nothing else, this year works. I realised in a recent conversation that because, entirely by coincidence, a bunch of friends and acquaintances are all releasing new albums this year, I probably sound far better connected than I actually am. I fully expect the number to drop to zero next year. But for now, I have three album releases to bring to your attention.

I have mentioned jazz singer/pianist Anthony Strong here before, though arguably not as often as I ought. Recently signed to French label Naive records, his new album Stepping Out is fantastic. Quite aside from the fact we have known each other since primary school, the album’s quality has now been independently verified after the reception it received at Keggfest. Meanwhile Lauren and I can both attest that the launch party at the Hippodrome casino was a roaring success, requiring some remedying the following day!

Whilst they have continued to play regular live shows, honing their sound and exploring new ways to increase their exposure, it has been several years since Bitter Ruin released a full-length album. Now Georgia and Ben have turned to Kickstarter to fund their new album after some calculations revealed it would be cheaper to build their own studio than to pay for the studio time they need. Having put up the first £10,000, they needed another £20,000 from Kickstarter. They need not have been apprehensive given the overwhelming support they received, with the entire sum being pledged within 12 hours. They have ten days left to go, and further funds will help with session musicians and the like, as well as securing you some cool merch. Give it a look, if only for the brilliant animated video that charts the pair’s history condensed to a couple of minutes. Personally, I am rather excited to see the end results of the full canvas paintings Georgia has been working on for one of the higher reward tiers.

Finally, although I have seen Jaz Delorean play solo sets on  regular basis, I had neglected to see his band Tankus the Henge, despite the fact I am hardly in a position to fault their nocturnal habits (routinely going on-stage around midnight). The release of their debut album seemed like an ideal opportunity to rectify this oversight, with a brilliant launch show at The Lexington. About as difficult to categorise as Bitter Ruin, Jaz describes his gravelly vocals as “like a younger Tom Waits” which is “crossed with Madness” once you add the full band. With smoke billowing out of an upright piano adorned with piping and dials as their fans cavort in steampunk attire, their live shows are certainly quite a sight. You can catch them all round the UK this summer.

Couple these three with finally seeing Sigur Rós in February and Voltaire in May, and you can see why I am suitably content to rely on music to see me through the year, if nothing else will. Any other recommendations are welcome as always. 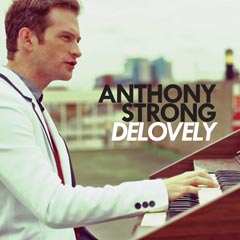 Today I am plugging a couple of musical selections linked predominantly by their social effect on my life. First up is a new music video from jazz singer/pianist Anthony Strong, For Once In My Life from his Delovely EP. Anthony is an old school friend of mine (as in we went to school together, not that he is old school). Anthony is the sort of person whose talent would be infuriating if he were not such a lovely, unassuming chap. He was also responsible for my initial introduction to some of London’s top burlesque performers, while he performed on that circuit. That has certainly led to a few of the more memorable nights out in the past few years. Unfortunately we seem to have reached a point where his releasing a CD or video is what reminds me that we are long overdue a drink. Therefore it is terribly important that you support him so that he can keep making great music and I can remember to catch up with him.

Next up, Amanda Palmer is again using Kickstarter to crowdsource funding but this time it is a little more ambitious: raising funds outside of a label to produce and promote her new album and an accompanying artbook, and to embark upon a worldwide tour with a new band. Any donation above a dollar nets a copy of the album, and backers have access to the first single now. This return to a patronage system (albeit a distributed one: people have donated anywhere between $1 and $10,000 each) is, she proclaims, the future of music and I am inclined to agree. I am always fascinated by the varied fans she has hidden amongst my friends, who crawl out of the woodwork whenever I mention her, whilst the crowds at her gigs are amongst the easiest to strike up a conversation and connect with if I find myself there alone — after all, at least half of them are guaranteed to be Neil Gaiman fans too. This summer she plays a sold-out London gig the day Jenna and her family arrive. Having been able to witness Jenna’s first real gig experience back in New Orleans (it was A Perfect Circle), accompanying her to her first London gig is almost as enticing a prospect.

If you happen not to care about music then, aside from the fact you have no soul, you may wish to check out the following: