<![Trinity]Matt> get out in the sunshine people
<![tithall]grape> oh yeah what a great idea hang on what’s this blocking the door oh yes it’s seven hundred years of culture 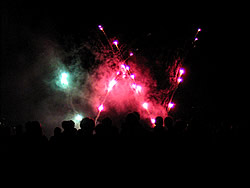 This exchange on the Cambridge hub pretty much encapsulates life here now that the weather has actually improved but the welcoming lawns lie empty. Except for yesterday evening, that is, when College was filled with the sound of celebration, commemorating the bicentenary of the laying of the foundation stone. By “sound” I mean an explosive firework display and by celebration I mean that the scholars were all invited to a dinner of drunken revelry (presumably in an attempt to extricate them from the library). 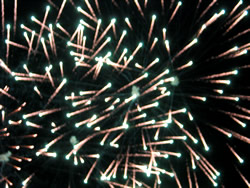 By this time E3 would normally have gamers buzzing with excitement about the industry’s big releases over the coming year. However, as announced last year, the annual event has been massively downscaled to avoid the incredibly expensive one-up-manship that invariably occurred between rival developers and publishers. It looks as though the Leipzig Games Convention may reap with biggest benefits with a projected expansion of 40% this year.

Yet despite the lack of a single focal event, there has been a flood of video footage released in the past several days, particularly from Ubisoft’s “Ubidays” event. The best of the bunch, for your delectation:

Amazon Throws Down The Gauntlet