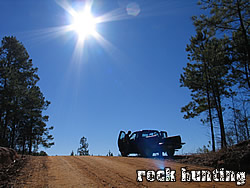 The last two days have been a hectic maelstrom of Globalist related work (when I wasn’t aiding Jeff and Dwain in rock hunting, that is). The key members of my team have been great, making my job much easier, but there were certain unhelpful setbacks which served to make things rather more complicated than they ought to have been. Nevertheless, the finished product is being uploaded as I type — issue two is now a virtual reality (it won’t feel totally real until it’s printed and I’m holding a copy, at which point I can breathe a sigh of relief). This is likely the last issue for which I will helm the production, though I do hope to be involved in the magazine as it continues. Issue 2 is really as much of a landmark as the inaugural one, since this is the transition from mere frolic to legitimate institution. I sincerely hope to be holding a third issue produced by my successor in several months’ time. 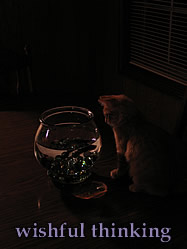 The new year approaches relentlessly, brought home yesterday when Alexis and Jenna dragged me off to shop for fireworks because this is an American tradition which I could not miss out on. My attempts to explain that we’re very good at blowing things up in Europe and that in all probability the fireworks were made in China anyway fell upon deaf ears. We ended up in a large tent filled with every sort of colourful explosive a pyromaniacal child could desire and proceeded to fill 3 baskets with the requisite paraphenalia. Jeff has, I am told, singularly failed to ignite a proper sparkler bomb for the past two years, so is hoping to break the trend this time around. We did blow a quarter of our $100 budget on a single impressive multi-firework tube — Jeff and I have high hopes for the Black Cat Aerial Showcase. The advertised “finale break” sounds a little too Final Fantasy, but then Caleb and Jeff have been playing rather a lot of FFX, so should be qualified to deal with any related eventuality.

Unfortunately enjoying a USA style New Year means I’ll be even further away from Kirsten. She already knows how much I miss her, but I thought I’d dedicate tomorrow’s post to her in advance. Meanwhile, to anyone making a severe New Year’s resolution, enjoy your last day of freedom. While Karleigh learns the fine art of the swivel chair spin, Pepper, as you can see, is making the most of it, pawing at the fish whenever people aren’t looking.