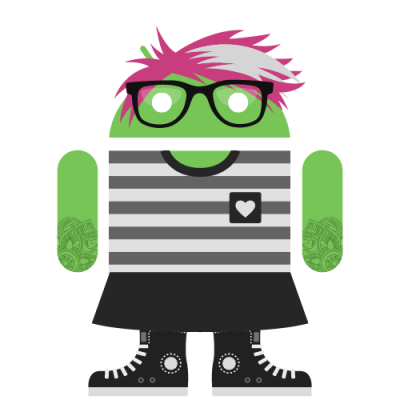 The once-regular Android app updates began to feel redundant as my preferred apps became increasingly static, the only changes being that I moved back to the Google defaults for things like Calendar and SMS. Recently, however, there have been a few changes that are worth highlighting. For reference my current Android devices are a Google Pixel and Sony Xperia Z4 Tablet.

Evie: After a couple of days’ use, Evie became the default launcher (home screen) on my phone. Having lauded Action Launcher for years, it was a surprise to find how swiftly it won me over but a few well-designed gestures made it that little bit faster in day-to-day use — swipe down to search and you can immediately start typing; swipe up to see a full list of installed apps with an alphabetically quick selector on the side. For now I am still using Action Launcher on my tablet, although that too could change. I do miss Action Launcher’s “covers” (hybrid app icons that open folders when swiped) but that’s the only real drawback.

Google Home: Having tried both Amazon Alexa and Google Home, both have excellent features but Google’s voice-recognition is still superior and its natively integrated features work more smoothly than Alexa’s “skills”. The reason I highlight the app is that it includes a feature than many people have missed. Although Google Home speakers do not yet support bluetooth audio, you can still cast all audio from your phone using the Home app, even if your music app doesn’t natively support Google cast. It will work with Chromecast devices as well. Given the choice, casting from an individual app is still preferable because you won’t have booming notifications interrupting your music.

GoneMAD Music Player: A highly customisable player for those who want their interface to work in a very specific way, the real reason I switched was for a player that could display my music library by Album Artist (rather than just by Artist). It’s a small thing, but with a huge library it’s a huge help and sadly lacking in most Android music players. It also natively supports Google cast, so I can stream music out to my Google Home speaker and other devices.

Pocket Casts: Unlike iOS, there is no default podcasting app on Android but I tend to change very rarely. Pocket Casts’ ability easily to synchronise subscriptions and how far through you have listened to an individual podcast between multiple devices (including streaming through a web browser if you so desire) is its standout feature.

Pushbullet: Pushbullet is one of those powerful utilities that, like Tasker, adds such fundamental functionality that it instantly feels like it must always have been there. Initially developed to allow notification mirroring between devices, including to your desktop PC, it was swiftly iterated to allow interactivity like responding directly to text messages from your PC and pushing files or web pages from one device to another. The addition of end-to-end encryption between all your devices seals the deal.

Solid Explorer: A fully featured file browser that replaced ES File Explorer after its ad-fuelled fall from grace. It has the same features like accessing network and cloud storage as well as local files. In landscape mode you can view two folders simultaneously, making it easy to copy from one to the other.

Signal: Although Whatsapp has now implemented end-to-end encryption, its ownership by Facebook still leaves some concerns. Signal, the successor of TextSecure is the messaging app I would recommend for privacy. Like Whatsapp it uses your mobile number as an identifier so you don’t need to create an account. It is open source so the encryption protocol is community vetted and even has a recommendation from Edward Snowden! The downside is that obviously it can only send encrypted messages when the recipient is also using the system.

VRTV: With increasing amounts of virtual reality video and relatively inexpensive headsets using Google’s Cardboard or newer Daydream standards, it is nice to have a single app that supports both. Smooth video playback with limited headtracking drift and support for the Daydream controller. For its hands-free HUD controls, AAA VR Cinema is also worth a look if you don’t need Daydream support.

VSCO: For a while I was told my Instagram account is “cheating” because most of the photographs I post are taken with my dSLR. Best not tell anyone that I also do not edit photos with Instagram filters. I prefer the less destructive filters and finer tuning available through VSCO, resulting in less image degradation in exchange for pleasant hues. Although VSCO has its own sharing platform, you can eschew that and share out to Instagram or any other app to post the results. Also worth mentioning is Prisma which is the opposite extreme, using strong filters to alter your images more fundamentally until they resemble fine art rather than photographs.