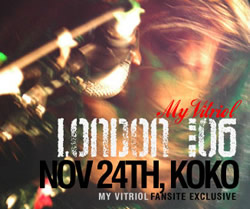 I dragged Alex W down to Camden with me to see the gig. He’d actually been to KOKO before, though it was my first time. In return I introduced him to The End of the World pub, deceptively small as you enter, then opening up into what can only be described as an enclosed, roofed courtyard. After a couple of drinks we headed down to KOKO which proved to be a great little venue, somewhat reminiscent of the Brixton Academy but a better size (capacity a little over 1600) so that even from the balconies you still feel close to the band. It is stacked in several levels working away from the stage with a full bar at the back of the lowest and highest levels.

By strange coincidence while standing in the thick of the crowd I spotted Jon and El so we weaved our way over. El is now doing her clinical at Imperial so Jon was staying with her for the weekend. I also saw several people in the audience with the Tool t-shirt I had elected to wear and discovered they are playing a London gig on Monday — so Maynard’s “see you in November” comment at the end of the last gig turned out to be true. 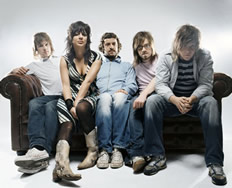 The support was well chosen, particularly the fantastic opening act, Pure Reason Revolution. Experimental with definite prog rock leanings, they were really rocking out in style live. The songs definitely have enough of a hook to ensnare non-prog listeners too and they burst with energy (like “He Tried To Show Them Magic”). They have recently acquired a very atypical burly violinist which complements their sound well. A female lead vocalist/guitarist is slightly odd for this sort of affair, and Chloe Alper is certainly easy on the eyes as well as the ears. The Cinematics were less noteworthy, being a somewhat standard preppy rock outfit. To say there were allusions to Weezer would be staid, but in truth the most interesting thing about them was that their drummer could still keep time while clearly absolutely wasted.

My Vitriol took the stage without too much delay and their set ran over to a decent length. Given that they only have a single (double) album of songs, there was a good mixture of old and new material with several songs from the forthcoming release. Som was on form teasing the crowd about the delays, “I promise the new album is amazing — I guess we have no excuse after three years.” After introducing his fellow band members Som followed up with, “My name a Borat. I like you. You like me?” Most intriguingly, he also promised that the new album is “better than Chinese Democracy” implying the name has been changed (perhaps in light of the Guns n’ Roses album of the same name — he earlier proclaimed “We are the new Guns n’ Roses” in relation to the release delays). Of all the bands I have seen live, this was the first time the music sounded exactly as I expected. It was great, particularly to hear the new “We’ve Lost Our Way” (it may sound even better live than the demo they released). 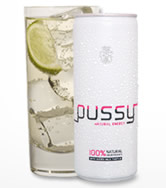 Afterwards, we discovered, KOKO turns into a club until about 3am so we hooked up with Jon and El again for a few drinks. Spotting a can of “Pussy” behind the bar, curiosity eventually got the better of us and we had to buy. In the shape Red Bull made common, there was debate amongst us as to whether it contained alcohol at all as none was discernible by taste. It turns out to be a new “natural” energy drink without caffeine or taurine and consequently without the associated negative effects. Instead it uses botanical extracts from plants like ginseng and milk thistle. It certainly tasted far too sweet for the guys but El was a big fan, voicing her concern that being “a girl from Newnham who likes Pussy” would make her some sort of stereotype…

And then it was home, grabbing a cheeky kebab (they taste so much better in London) before luckily catching the last fast train back to Cambridge.