When you don’t tell anyone a memory, it gradually fades over time, becoming vague and indistinct before perhaps disappearing altogether. When you tell other people, it’s littered with your perspective, the dozen tiny embellishments added by design or accident. But over time, eventually the story becomes the memory, however little similarity the two actually share. The story is all that remains so the story is, for all intents and purposes, true. Then it has become history. 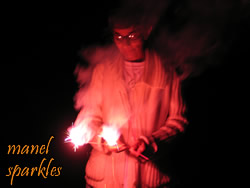 Video is vastly inferior in its perspective but at least with the advent of digital recording it remains as sharp and vivid as the day it was made, kind of a way to store people until you see them again. The way you want to remember them. So I have some great videos of Karleigh, including a video of Karleigh watching a video of Karleigh. It was a very interactive experience as the bright girl loves to see herself on screen and quickly learned how to use my laptop to make the videos play, preceded each time by a squeaked “uh oh” when it stopped. 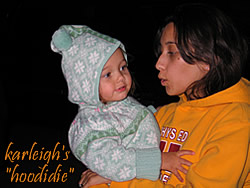 Jenna, Jeff and Karleigh left yesterday. We’ll be leaving early tomorrow and winging our way back to a rather colder England (it’s been an incredibly mild winter here, reaching 23°C yesterday). It’s been a really good trip, albeit somewhat less productive than I might have liked. There’s still some time before uni starts, but don’t be offended if I seem to be buried in books and ignoring you! Hopefully being home will mean less sporadic updates here and a few film reviews that I’ve wanted to write, especially Spielberg’s Munich since I was able to see it well in advance of the UK release and hope to convince you to experience it too.