Today’s Christmas lunch with future (and current) trainees from Bird & Bird was not terribly festive but highly enjoyable (which is what counts), and it was nice to put faces to the list of names that has been circulating for a while. Rachel, Matt and I had a slight advantage having been on the same vac scheme, making the room full of new people less daunting. I was also finally able to meet Tessa in person, having discovered a few months ago that she knew an old friend of mine and we would be working together. Despite the last minute venue change Row, Laura and Lynne did a great job, providing (and circulating) more than enough food and drink as we mingled. The conversations reinforced just how varied people’s backgrounds are in arriving at a career in law — the North, South, Scotland and Wales were all represented while many of those starting with me in 2008 are currently doing the GDL having read a variety of subjects at university. It was also great to catch up with some of the trainees we met over the summer and hear what they’ve been up to since, which often, it seemed, involved swanning off abroad for several months (to work, they claim). They’re already planning another gathering in the near future and I’m certainly looking forward to it. But I would say that since Laura is probably reading this! 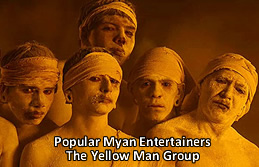 Mel Gibson’s Apocalyptico is a film I had been largely ignoring based on a rather plotless trailer that appeared to be nothing more than yet another attempt at the (apparently) hallowed title of “epic”. However critics suggest it is actually rather good, pointing to its intense closing third which is essentially a 45-minute jungle chase sequence. Gibson has, however, found himself in trouble with Guatemalan activists who claim he is racistly portraying the Mayan people as violent savages. Aside from the bizarre notion of playing the race card regarding a film about a long-dead civilisation, in all fairness the Mayans were generally known for brutal human sacrifices upon stone altars long before Mel made his little film. It’s sort of like the Italians claiming that they’re being misrepresented by Sparticus and that the Romans were actually quite nice people once you got beyond the feeding of Christians to lions which really just shows their cuddly animal friendly side because the lions were ever so hungry.

And finally, you may know that Dyson waddled along to see Happy Feet with a few friends fully decked out in Penguin costumes (the animal, not the deformed Batman villain as I suggested). Feeling that was not enough, they proceeded to enter a short dancing clip in a competition to win a trip to Australia. Aside from being slightly disturbed by the fact such things are actually made in adult sizes the amusing clip is worth 30 seconds of your time. They are very… cute. Apparently they rose to #1 briefly before suddenly dropping which one presumes may be due to foul play by their competitors voting negatively. They are clearly the best of the bunch so please take a look and help them out!