I felt like I had earned the four day break in Paris after Kirsten’s slightly messy 20th birthday bash and helping to set up The Globalist Foundation’s coverage of the Middle East Crisis (two new chapters in Jerusalem and Beirut make us perfectly positioned to provide personal yet balanced accounts). We stayed in a fully furnished flat not far from the city centre which had the advantage of full internet access since I brought my laptop. 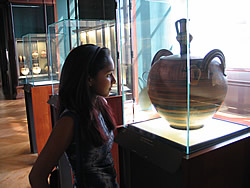 During the day we were out of course, visiting first Notre Dame and the Louvre, then Disneyland Paris and finally the Arc de Triomphe. Notre Dame is an extremely impressive sight from the outside, and although the inside is perhaps more stunning with its high vaulting ceilings and use of light, there is something saddening about the fact it is so tourist-orientated that the intensely powerful religious presence it might otherwise exhibit is lost beneath the (arguably necessary) merchandising and camera flashes. The very idea that someone might use it as a Church seems almost odd.

The Louvre was as one might expect — a proper art gallery sans modern trash. Of its flagship displays general consensus was that the Mona Lisa was “smaller than expected” while the Venus de Milo was more inspiring if leaving less to interpretation. I was particularly interested by the large collection of well-preserved Egyptian items which I had not expected to see in a French gallery. 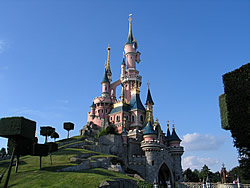 America’s influence upon one of the most classically European cities in the Continent cannot be denied. In a country famed for its fine cuisine, we ate at KFC on no less than two occasions (though I hasten to add we breakfasted traditionally and ate several good French steaks). And then there is Disneyland. A fun day out, I find much of its glossy veneer has cracked away in both the literal and metaphorical sense. Although the atmosphere remains the same, only the newer rides are as clean and fresh as they look through the eyes of an overexcited child; the others are fading fast. It was a fun day out but I fear the Disney thing may now have worn thin until I have children of my own to revitalise it all once more. 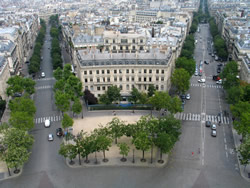 Little need be said of the Arc de Triomphe other than it offers a fine view of the city, arguably more so than the Eiffel Tower itself. It is perhaps ironic that such a proud structure be erected to the glory of the French military, now known better for its defeats than victory. To its credit, the structure is impressive enough that one easily forgets the irony.

Although I am not particularly enamoured of France as a country, I have always enjoyed Paris. Language remains a barrier not so much in the necessities, where my residual GCSE vocabulary will generally suffice, but more in terms of entertainment. Seeing films in France is not really practical and is something I am loathe to give up. The people are undoubtedly friendlier than in London (provided one makes some attempt at the language rather than assuming they will speak English) and yet for all its ingrained romanticism it never feels so vibrant, so alive, as my favourite city. Still, a ludicrously cheap crate of Leffe and two crested glasses is enough to endear anyone…