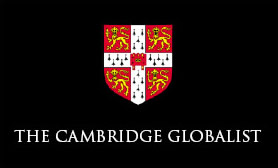 Wow, it’s done! Finished. Over. There’s a distinctly strange feeling associated with naming a file, “CG Issue 1”. That’s right, I’ve just finished producing my first magazine. The next step is to send copies off to Yale for the Foundation bods to take a look over, along with proofreading by the rest of the team here. But I now have a full Acrobat file with the entire magazine. Well actually I have two: the high-definition version for the printers is too large to move around, weighing in at a little under 38MB, so most people will be seeing its sprightlier 2MB cousin.

It’s been a pretty wild ride putting this together literally from scratch. Whilst thoroughly enjoyable, it was a real slog towards the end, especially with the palaver over the themed section that resulted in me seeing the final draft of one article for the first time this morning (I won’t miss the working ’til 3am or the not eating ’til 5pm). Steph’s been awesome and really kept me going through a lot of it, and the rest of the editorial team have done a great job despite being spread across several countries and continents. The sun, it would seem, never sets on The Globalist Empire. The down side being, of course, that more work can arrive at any time of the day or night.

After a well-earned celebratory rest (and probably a celebratory bottle of wine once the final version is sent off to the printers) there’s still some work that needs to be done on the website before we’re ready for the launch. I want to set up a newsletter to which people can subscribe to hear about new issue releases and the forthcoming launch party. I’ll be pestering Van, our publisher, for details about that and we also need to liaise regarding website adverts for our sponsors (absolutely no pop-ups, you can rest assured!). But other than that it’s finished. And trust me, you’re going to love what we’ve done.

Thanks to everyone who kept me sane over the last few weeks and see you at the launch party in October!