How To Lose Arguments and Influence People

As a lawyer, and specifically a litigator, I know a lot about winning arguments; I have literally made a career out of it. Recently I have been struck by a number of conversations about how intransigent those on the other side of the political divide have become, how they will not be swayed even when faced with facts and evidence, how it is impossible to change their minds. It has led me to realise that in our desire to win arguments, we have lost sight of the purpose behind it. Arguments can serve all manner of purposes: resolving disputes adversarially, exploring ideas recreationally, releasing repressed emotions, and changing people’s opinions. If our desire truly is to change someone’s mind, winning an argument but leaving them more entrenched than ever is an abject failure. Why is this a mistake we are making so often? 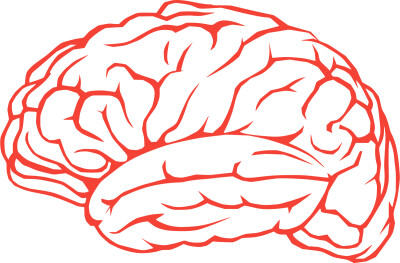 It is not enough simply to recognise cognitive dissonance (the state of holding at once contradictory beliefs, attitudes or ideas) in our opponents; we must empathise with it. Although it may stem from flawed logic, it results in mental discomfort and psychological stress, particularly when one’s attention is drawn to it. So an accusatory attack on the illogical basis of someone’s beliefs will tend to make them immediately defensive and combative. Our minds seek to protect our current perception of reality, hence the power of confirmation bias (the tendency to seek out, favour and recall information that supports one’s pre-existing beliefs). To change people’s minds we should be focusing on the common ground and moving from there.

For example, when immigration enforcement under Trump led to children being separated from their parents (sometimes with no way to reunite them), it seemed galling that Christian Americans could ever support the policy. Weak defences included: (a) claiming that the policy allowing it was introduced by Obama; and (b) blaming parents for bringing children with them. Faced with an untrue statement, we want to correct it; faced with ignorance of the nuance to a situation, we want to explain it. But this is often a red herring that leads us away from the change we are trying to effect. It doesn’t actually matter whether ICE could have done the same thing under the Obama administration or whether the parents were wrong for crossing the border illegally. All that matters is whether we can reach common ground that separating children from their parents in this way is a bad thing, no matter who is to blame. If we can reach consensus on that, we can look at fixing the situation, something which Trump was capable of doing (and eventually did). Properly allocating blame may provide us with a sense of vindication, but it is rarely actually necessary in order to effect change.

Sometimes the goal is a demonstration of support for others rather than changing an individual’s mind, which is perfectly valid. For example, if a stranger comments with racist vitriol on a public social media post, a scathing response is justified to ensure that others reading it know that those views are not shared, condoned or tolerated. That is about identifying our audience — not shifting a bigot’s views but supporting their targets.

Some long-running arguments, particularly emotional ones, have abandoned all pretence of discourse and devolved into two sides shouting at one another. For a long time the abortion “debate” has consisted of one crowd decrying the killing of a foetus as murder, whilst the other side screams back, “my body, my choice”. Whilst this pro-choice argument is a compelling feminist position, it does not really address the concern raised by its opponents. In fact, if we were to accept the fundamental pro-life principle, that the debate is one over murder, we would not expect or even want them to back down. We need people (like Amnesty International) to argue vociferously against murder dictated by someone else’s choice. The arguments we ought to be making, then, relate to the more nuanced position regarding the start of life (and I appreciate there will be differing views amongst my readers). It is complicated and does not lend itself to easily shouted slogans. Raised Catholic, I was taught the sanctity of life from the moment of conception but, even with critical analysis, I could find no logical alternative point given that medical science’s ever-increasing ability to keep a foetus alive outside the womb meant that simply adopting current notions of “viability” felt arbitrary. What allowed me to resolve the conflicted views I held was not rhetoric about choice, but a discussion with a Christian scientist about the volume of fertilised embryos that are naturally lost during menstruation without the mother even being aware of the pregnancy. As many as 30% of women will experience an early miscarriage in this way, without ever knowing. I did not leave that conversation with my mind changed; it sat with me for a while and it gradually shifted my perspective on conception.

We teach trainees early on not to engage in point scoring against lawyers on the other side — if the Court is not going to care, it is irrelevant and has no value. This is just as true in anything but recreational arguments. We can score points all we like but they won’t mean prizes. Ultimately, recognising why we are arguing — and pursuing our ultimate goal — allows us to be successful even if the other person walks away thinking that they have won.