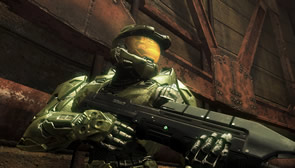 Bungie’s “major” press announcement yesterday was a bit of a dud. Announcing the future release of a CGI trailer several weeks away is exactly the sort of pointless, pretentious attempt at generating hype for which the studio is becoming better known than its game. Hype is good, but don’t let it overshadow the actual content. The suggestion of a public beta of Halo 3 multiplayer in spring next year is more interesting. For them to release it openly over Live will require that a lot of content is finalised meaning that a late summer release is not out of the question. Unlike PC betas where some crashing is permitted, the engine will have to be completely stable for distribution to consoles so it’s likely it’ll be pure balance testing by then. However the smart money is still on a November 2007 release like the last two, best to cash in on Christmas sales. Finally there other “big news” was yet more additional multiplayer maps for Halo 2, a game released over 2 years ago. I guess there must be someone (or rather several hundred thousand someones) still playing online, but not me. I expect Gears of War to satiate my Halo yearning for some time. 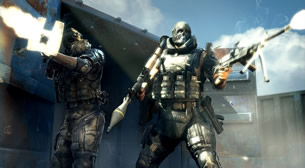 In the meantime you’re better off checking out the Army of Two trailers which look to offer some genuinely innovative co-op action. Dragging a wounded team mate to safety while they continue laying down suppressing fire on the enemy is the sort of immersive bonding experience I crave. We also received a promotional copy of the Sounds of the City soundtrack from GameCity, so presumably they’d like a plug. The festival, celebrating the “hidden-industry” of videogomes, is over for this year but it looks like an interesting one, so keep an eye out for next year’s.

With Casino Royale out today, a bunch of us will be heading to see it this evening. Being a mainstream flick it’ll be at Vue again, which means I’m rather forsaking my preferred haunt, the Picturehouse. Good thing they’re just competing cinemas and not rival gangs.

Betting on a Better Bond