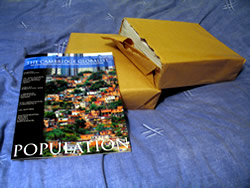 The second issue of The Globalist arrived in Cambridge a few days ago and at this moment scores of nondescript brown packages are being shifted around the town like a giant game of Risk in preparation for the invasion of a faculty near you. As you’ll see from the calendar, in addition to the magazine’s release at the end of the month, there is also an AGM for those who are interested in getting involved. The editorial board will be handing stewardship of the magazine over to a new committee, and being the co-founders I think it’ll quite hard to actually let go. Although I’m passing on the production reins I will remain involved either in a direct or advisory capacity. There are some financial issues for the new team though, so if you know anyone who may be interested in sponsoring or advertising in the magazine I’m sure they’d love to hear from you.

I’ve been saying it should be done for months and finally it has happened. Most of you scoffed at the arrogant tenacity required in attempting to correct the infallible GMail team but it appears they eventually realised the folly of their ways and took some steps in improving the user interface with the addition of a real live delete button. Eric Schmidt, you may email that job offer to me at your convenience. 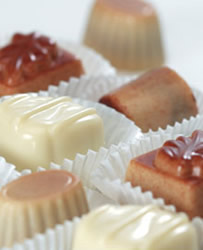 Irina has been pushing me to visit the new Hotel Chocolat near the Lion Yard for some time. Having now sampled some of their unearthly delights, all I have to say is that if the celestial beings deign to dine on chocolate, this would be it. It’s certainly not cheap (the best method being to select 3 packs of 6 truffles for £6), but it’s chocolate the way I prefer: tasting easily as rich as its price tag, each mouthwatering truffle should be savoured alone. If you’re the sort of person who tears through a couple of dairy milk slabs a day, perhaps this isn’t for you. The founders’ dedication to chocolate is evidenced by the fact they avoid things like hydrogenated vegetable fats: this the real deal. I have yet to acquaint myself with their full range, of course, but I’ve been trying to hide the existenece of the vanilla truffles from Kirsten lest she discover that men have now become obsolete. Unfortunately she spotted them. I guess we just have to hope the chocolates don’t learn how to lift sofas and open jars.

N.B. This is not to say I have rescinded my relationship with Thorntons, whose new winter range of truffles is itself particularly good.

A Night With The Opera