We are a day away from polling and this piece is written for those still undecided or who are considering not using their vote. I hope you’ll read and, if it resonates with you, feel free to share it. 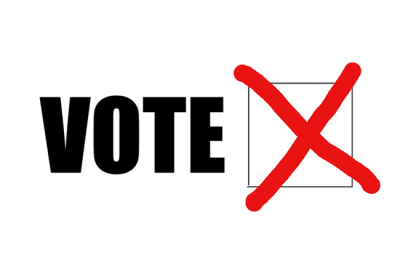 This election was initially painted as a guaranteed landslide for the Conservatives to convince you that there was little need to consider your vote. Whilst polls remain as unreliable as ever, it is clear that this election is far from a foregone conclusion.

It is no secret that my politics align predominantly with the Liberal Democrats though I am generally averse to party-based politics. Whilst I continue to support the Lib Dems — and I believe they are in a position to recover a number of seats lost as a “punishment” for entering a coalition with the Conservatives — the result of this election will be a Government led by either Theresa May or Jeremy Corbyn.  You should take it as read that I support voting Lib Dem, certainly in any seat where they have a good chance of winning and particularly if you remain opposed to Brexit. However I think it’s important publicly to air my thoughts on the decision that most people will be making between Labour and Conservative.

As the incumbent, we know what May is doing and what her Government is doing. The Brexit negotiations are already a shambles with the Government’s response being to complain that the European countries are banding together to bully the UK (almost as if they were some kind of union). Expect negotiation leaks to continue because 27 countries are not going to keep quiet, particularly if goes against their own self-interest. May sees this election as validating her “hard Brexit” stance so that, if the deal turns out to be terrible (which seems increasingly likely), she can abdicate responsibility by claiming she was simply enacting the will of the people. If that was the case, she ought to have held this election (one she repeatedly denied she would call) before triggering Article 50 rather than wasting valuable time afterwards.

May’s position is that you have to vote for her because the Conservative party is the only “strong and stable” option to lead the negotiations. So stable, in fact, that infighting led to the Brexit referendum. So strong that May refused to partake in debates with the other party leaders, yet expects us to trust her to hold her own in intensive two-year negotiations. All we have seen are robotic responses to interview questions that hardly inspire confidence. 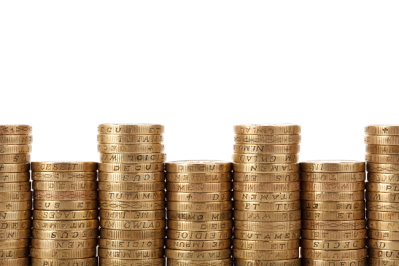 Despite the default claims that Labour’s manifesto is “uncosted”, the Institute for Fiscal Studies and CLASS have both conducted detailed studies and comparisons of the manifestos that are still worth skimming at this stage. The IFS found that both parties would run a surplus by 2019/20.

The Tories are continuing along the austerity route whilst adopting an old Labour policy by pledging a cap on energy prices. Labour is pledging to roll back the cuts in public services like the NHS and policing, to scrap tuition fees and to build more affordable housing to combat the housing crisis. Corbyn’s other major pledge is to renationalise railways. Railways are the clearest example of failed privatisation. Competition has not created a better service because competition is limited by the network infrastructure. As a result commuters face continuous delays, packed trains and ticket prices soaring well above inflation. Given how much of the Capital’s business relies on the rail network bringing workers in, a reliable service would actually be a great boon to business. The only reason to oppose this policy is a purely ideological stance in favour of privatisation rather than a pragmatic one.

Labour’s ambitious polices are to be funded through increased corporation tax and taxes for the wealthiest. This, we are told, is a dangerous idea because those corporation tax cuts led to a 44% increase in tax receipts since 2011. This conveniently ignores that the UK economy was coming out of the worst recession in decades over that period which saw innumerable business collapse. Of course companies were becoming more profitable as the recession subsided, which is precisely why there were more profits to tax. Taking economic advice from anyone who ignores the difference between correlation and causation is far more dangerous.

We are also warned that increasing corporation tax would cause businesses to flood out if country. Yet, even with Labour’s proposed increase, Britain would still have the lowest corporation tax rate in Europe (and the G20) with the exception of Ireland and Switzerland, the same two countries that currently have lower rates. Why have businesses not already fled to those countries? It is almost as if there are other reasons to be based in the UK beyond just tax rates. The truth is that increased taxation is not going to cause businesses to flood to mainland Europe because there is nowhere for them to go.

Security is a key issue for many voters, though I do not think anyone should be making political capital out of the recent tragic events in London and Manchester. The emergency services’ response is to be praised unreservedly. The wider domestic and foreign policy approaches of Corbyn and May are of course relevant. 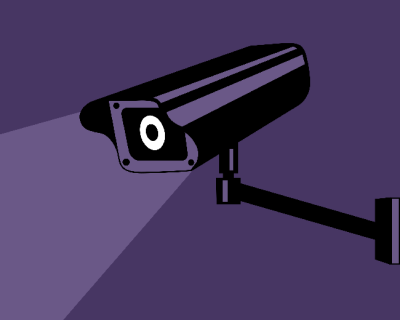 Theresa May was Home Secretary for six years before becoming Prime Minister so we know more about her approach to this issue than anything else. She has consistently pushed for increased mass surveillance of all British citizens, preventing use of secure encryption and generally increasing regulation and censorship of the Internet. She is doing so again in the wake of the latest attacks, using them to push her anti-privacy agenda and, more concerningly, her desire to scrap the Human Rights Act. We rely on encrypted communication for banking and the security of our personal information. Compromising that encryption with back doors makes us all vulnerable to criminal intrusion, something that is increasingly clear as high profile cyber attacks continue to rise. Meanwhile, those with nefarious intent will simply switch to alternatives methods of encryption (and use of VPNs) rendering the actual intelligence value minimal.

May oversaw cuts to police budgets (opposed by Labour) in excess of 20%. It is unsurprising then that this has led to an 18% reduction in staffing, shedding 43,300 people between 2010 and 2016. It is routine policing that makes us safer. MI5 and the security services can use all the powers they like to identify tens of thousands of suspicious persons but, without local officers policing within the community and monitoring those individuals, that intelligence is useless. Former MET chief inspector Peter Kirkham has openly accused the Government of lying about the number of officers on the streets. By contrast, Corbyn has pledged to reverse those cuts.

May has now said that we are “failing” on this front. If that is true, the blame lies squarely with her, given that it is her agenda that we have been following over the past six years.

Meanwhile Corbyn is smeared by the press with the ridiculous claim that he supports terrorism. This is apparently based on the fact that he met with the IRA to further to Northern Ireland peace protest or the fact that some extremists have attended his rallies.

Corbyn is a pacifist. The media predominantly portray Corbyn as therefore dangerously weak. In fact, he has acknowledged the renewal of trident and does not plan to reverse this. He has said that any use of nuclear weapons would have to be very carefully considered and ruled out launching a first strike. May, on the other hand, said she was prepared to launch a first strike. That is not a strong stance; it is a fundamentally unstable one. She is willing to escalate a conflict from conventional to nuclear in a way that would all but guarantee nuclear weapons being fired at British cities.

Meanwhile Corbyn has highlighted the link between British foreign policy and the rise of terrorism. It is abundantly clear that Blair’s wars made Britain a high profile target for terrorists. Whilst Blair may be have been Labour, the choice we now have is between an MP who voted against the war (Corbyn) and one who voted for it (May). As if to illustrate the point, May has recently returned from a trip selling arms to Saudi Arabia, generally considered the largest state-sponsor of terrorism.

The current Government pushes ahead with cuts to the NHS and May has left Hunt in charge despite the fact he has impressively created a situation in which junior doctors went on strike and the public supported them in doing so. The Conservatives are becoming increasingly clear about their plans to privatise increasing portions of the NHS and the next five years will be crucial. Between critical underfunding and piecemeal sale of assets and hospitals, we are reaching a critical juncture. Attempting to rebuild the NHS would be a monumental task that would make Corbyn’s plans to nationalise the railways look like child’s play. That cannot be allowed to happen. The NHS is one of this country’s crowning achievements and several studies have found it to be the most efficient in the world. Lack of funding means that, in spite of the valiant work by its staff, its effectiveness will decline.

Privatising healthcare is not some great experiment being undertaken by the Government. We know exactly what modern privatised healthcare looks like: it looks like the USA, with astronomical prices that are great for healthcare companies and terrible for everyone else. Large insurance premiums coupled with high excess fees make routine treatment unaffordable to the poorest and most vulnerable.

Maybe, like me, you are personally doing okay under the current Government. Maybe that is enough to secure your vote. I hope it is not.

I can fully sympathise with people not feeling well represented by either party in this election. However, this is an occasion where one cannot shrug off responsibility by saying they are both as bad as each other. That led to the populist election of Trump, because enough people convinced themselves that Hillary Clinton was probably just as bad. They were wrong. May was relying on the same apathy when she called a snap election hoping for a landslide win. It is the reason she did not think she had to bother with televised debates, which would only harm the image she has sought to portray.

Ultimately, if you remain undecided, consider a vote for the leading non-Tory candidate in your area as a vote for a hung Parliament. The lack of a clear majority will force the resulting Government to slow down and force parties to work together constructively if they are to achieve anything.