Empire Strikes Back, Return of the Fox

The saga of the Browser Wars has sparked up once more, with Microsoft’s release of IE7 swiftly countered by Firefox hitting 2.0 within days.

Despite what detractors and FF fanboys will have you believe, IE7 is a worthy upgrade to its aged predecessor. Finally commonplace features from alternative browsers are present with tabs, search bar (which is not limited to Windows Live Search), et al. The new layout also maximises screen real estate for the page you are browsing. I had hoped for mouse gestures, even if switched off by default, but was disappointed. The biggest changes are apparently in security, and the bad news is that flaws were being discovered within 24 hours. My personal gripe is that CSS has not been significantly improved. In fact its Acid2 Test result is worse. For power users who like to customise their browser experience, Firefox is still the way forward, but for others the reasons to shift from IE are significantly reduced. 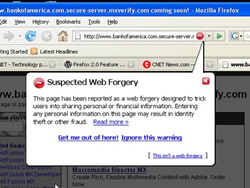 Meanwhile, Firefox 2.0 offers more new features than I had expected, but still less than one might have hoped. Interface changes unfortunately break most skins, but the updated default appearance is far more pleasant. Best new features include the integration of Google Suggestions into the search bar, new anti-phishing measures, and best of all an inline spellchecker which should finally banish typos from these posts! The underlying engine has been tweaked but its memory usage is still much higher than IE and this needs to be fixed before the next major release (3.0 is expected in fairly early next year), particularly if they intend to win over the business crowd. 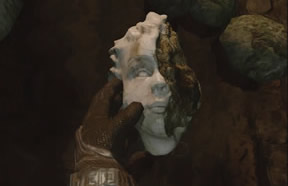 With “Emergence Day” rapidly approaching, a stunning new Gears of War trailer has, well, emerged, set to Gary Jules’ now famous cover of Mad World. Slow and pensive, it is clearly designed to showcase the game’s impressive engine rather than its action, and it has never looked better. Game trailers often make us fanatics grin with excitement or drool in anticipation, but rarely does one cause us to stop and stare. Even if you are not a gamer, it is an undeniable work of beauty.

And finally, since others shared my views on the new Vista fonts here’s an interesting discussion on what makes a good typeface for easy reading. If you’re thinking of vamping up your CV then it is well worth a read (just remember to print or send it as a PDF if you use non-standard fonts!).