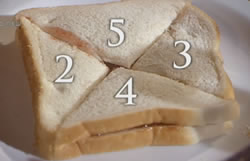 I feel it was somewhat remiss of me failing to remind people that Lej could be seen on terrestrial television as Beauty and the Geek hits from last Friday at 10:30pm. If you missed it previously, now is the time to see what all the fuss is about. Tomorrow night is, if memory serves, the infamous jam sandwich episode. But for Lej fans old and new, Viney and Tim have opened the ultimate Lejmund fansite. I think it hits just the right tone and offers a lot of background to The Legend for those who do not know him personally. It’s already received hundreds of hits on the day it was first advertised.

City firm Berwin Leighton Paisner asked me to attend an assessment centre on Tuesday rather than merely an interview. With eleven hopefuls (the Oxford guy never showed up — what can I say?) we had to prepare and deliver a short presentation and were then paired up for a negotiation exercise. The former went smoothly but not excellently while the latter was really fun. I did manage to use my hair (or lack thereof) to my advantage by opening the presetation with a joke about it, earning a laugh. My partner Hannah and I complemented one another’s styles well and, although I wasn’t sure how successful we were at the time, given the opposition’s expressions afterwards, I’ll hazard a guess that we trounced them. Politely. Unlike the others I won’t hear back for a couple of weeks, but it’s comforting to know I already have 5 weeks of work lined up for the summer even if this one doesn’t work out.

Kirsten decided to “surprise” me by coming down to meet me after the assessment. Unfortunately she claims I ruined her plans by finishing an hour early. Reconcialliation was achieved through a trip to the Häagen-Dazs restaurant in Leicester Square, and she’s been staying here for the past couple of days. She’ll be at Curry Night this evening so if you’re coming along you’ll be able to meet her.

My Google Analytics invite finally arrived as they expand their numbers once more. Having configured it for the site, I’m immediately impressed with the neat, coloured graphical representations offered, although the interface is slightly less intuitive than one might expect from Google. Nevertheless, you will hear my views once enough stats have been gathered to analyse properly.