The original plan was to extend the traditional Thursday night Curry Night by heading back to Phil’s flat in London afterwards to continue the revelry. Zaki came up with the bright idea of moving the venue to an alternative Weatherspoons in London Victoria. Well, great idea in principle, until we discovered that Andie was having an informal leaving do of sorts down at the Skylark, having naturally assumed we would all be there just as we had been for the last three months! So we adjusted our plans and I was really glad I managed to see her before we disappeared to our respective universities. And not just for the pole dancing photographs of herself that she inadvertantly passed around the entire table…

From the ‘Lark, Phil, Dicko, Zaki, Sarah (Zaki’s Liverpudlian friend from Exeter) and I headed up to London. First stop Brixton, where we left Dicko’s car and picked up some alcohol from Zaki’s house; then on to Vauxhall Bridge where Phil lives in a swanky flat with a balcony that looks out to both the Thames and the MI6 heaquarters next door! We drank, watched DVDs, PS2ed and chatted until around 2am when we developed collective munchies and discovered the one flaw to the scarily clean apartment – no munchies. So we headed off on foot to Leicester Square where we grabbed some Burger King and McDonalds before splitting the cost of a cab back to the flat.

Zaki and Sarah decided to leave soon after, taking a night bus back to Brixton while Phil, Dicko and I settled down with both volumes of Kill Bill lined up. I was already tired and admitted I might drop off, while the other two seemed wide awake. So obviously after crossing some metaphysical time barrier I perked up while Dicko fell fast asleep. As the movie wound to a close, Phil and I fired up the PS2 and switched between beating the crap out of each other in 3 different games and then crashing cars as spectacularly as possible Burnout 3-style. Eventually it dawned on us that it was about 8am (pardon the pun; and there’s great view when the sun streams across the Thames and through those huge balcony windows), and far too late to go to bed, so we shrugged and started planning breakfast.

It took us nearly two hours to convince Dicko that he was going to come with us to Leicester Square for breakfast at Garfunkle’s café. The fact he needed a lift from Phil back to his car in Brixton was the clincher in the end. So we headed off once more on a route that was fast becoming familiar. Re-energised by quick meal, we headed off on an aimless wander around London, managing to bump into Rolf Harris in Leicester Square where he was posing for press photos promoting…a promotion. Phil wanted a photo and since I had my camera with me, eventually I acquiesced.

Dicko offered me a lift back to Croydon where I finally managed to set up my student account (although unfortunately was too late to catch Clare and other people from work who were meeting up for drinks that afternoon). And now, having eventually returned home, I am absolutely shattered having been up for very nearly 2 days straight.
Goodnight. 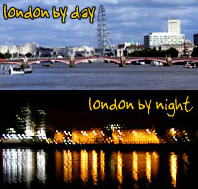