Pairing wine with food is considered a fine art that has led to the dedicated job of the sommelier. Often people wonder why only wine? My curiosity was broader: why only food? As someone who approaches both his audiovisual entertainment and his beverages with an appropriate level of gravitas, this has led to a loose system of pairing drinks with whatever I decide to watch (and occasionally vice versa). To satiate several people’s curiosity, here’s a handy guide to what you’re drinking. 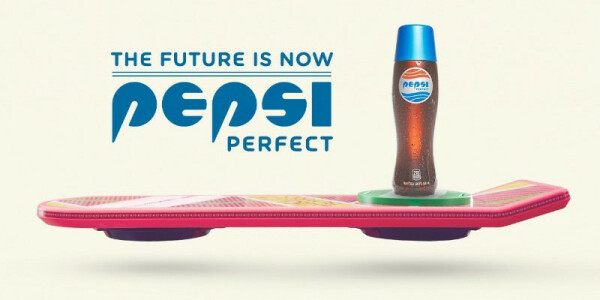 Archer: “All I’ve had today is, like, six gummy bears and some scotch.”
Arrested Development: anything that uses up the rest of the vodka. “It’s vodka. It goes bad once it’s opened.”
Back to the Future: Pepsi Perfect
Battlestar Galactica: Bushmills, mostly for that squared off bottle
Big Lebowski, The: a Caucasian (White Russian)
Breakfast at Tiffany’s: champagne, but not before breakfast
Crank: all the energy drinks
Film Noir (any): rye whiskey or Laphroaig
Four Rooms: “When you’re drinking champagne, you’re drinking champagne. When you’re drinking Cristal, you say you’re drinking Cristal.” Okay, well you’re not drinking Cristal.
Game of Thrones: red wine, port or mead
Godfather, The: a Godfather (Amaretto and Scotch)
Good Will Hunting/Gone Baby Gone: Samuel Adams Boston Lager
In Bruges: Belgian beer, easy on the horse tranquillisers
It’s Always Sunny in Philadelphia: “Stuff it down with brown. That’s the best way to deal with things.” Accompanied by rum ham.
James Bond (Daniel Craig era): Vesper Martini
James Bond (other): Vodka Martini (but stirred, not shaken; you’re not an animal)
Jessica Jones: your convenience store’s cheapest whiskey
Justified: any Kentucky bourbon, ideally one produced by Buffalo Trace
Lost in Translation: “For relaxing times, make it Suntory time.” Yamazaki or other Suntory whiskey

Léon: a glass of milk
Mad Men: Old Fashioned
Manhattan: Manhattan. Did you really have to ask?
Onegin: a single gin
Parks & Recreation: “There’s no wrong way to order a Lagavulin.”
Pirates of the Caribbean: Kraken black spiced rum
Rick and Morty: “Can you make me a Dumb Grandson Peptalk? It’s one part lame advice about stuff you know nothing about and a loooot of vodka.”
Rules of Attraction, The: Jack Daniels, straight from the bottle
Sideways: Pinot Noir. “I am not drinking any fucking Merlot.”
Suits: Macallan
Treme: Hurricane; don’t forget to torch the cocktail umbrella
Withnail & I: Literally anything you can find. But maybe skip the lighter fluid.

Let me know what I’ve missed…