I fail to understand the apparent secrecy surrounding Ball themes up until their launch parties at which the spilling of their respective beans occurs. Aside from particularly gimmicky choices the theme has relatively little impact upon the overall experience of the average Ball, merely being a well from which its aesthetics may draw inspiration. As such the level of secrecy seems somewhat defunct. Sure, in 2005 Emma’s Monopoly sponsorship came out of left field but you’re not actually going to surprise people into buying tickets. You have to ply prospective guests with alcohol at the launch party like every other self-respecting Ball Committee. All this secrecy really does is make it more difficult for people to plan their Balls in advance, since the websites inevitably remain content-free until “all is revealed” or “soon has come” or whatever. Obviously everyone here is going to Downing, that’s a given. A bunch of us are toying with the idea of dining tickets at the moment, but that requires enough interest — the food looks good so now it’s just the company we need. 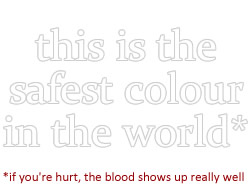 Luke has written a short (no, really) piece on the moral hazard created by Apple’s new ads. They are certainly creating a major risk for the future should their market share increase as they have educated users to believe that security-wise they are “safe” because, as he puts it, “they’re using a white computer”. I am also bemused by people who try to convince me to “switch” for this reason. On this reasonably locked down machine (NOD32, Norton Personal Firewall, Windows Defender) over the past 3 years I have experienced exactly zero virus infections and the one instance of spyware was firmly my own fault. I am sure it is a relevant consideration to some people but they are not me.

Fight For Your Right To Cool Down