The Weekend Is Not Enough 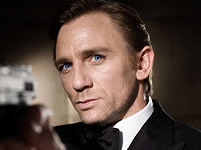 Daniel Craig has been named by producers as the new Bond, replacing Pierce Brosnan for Casino Royale. Given the names that were previously flying around, fans can now breathe a satisfied sigh of relief, since the English star has already made quite an impression with Layer Cake. One imagines he’ll take the debonaire secret agent in a slightly new direction, without losing the sophistication but adapting it to his own style. There’s definitely rekindled hope for a franchise that seemed intent on flushing itself out of the collective consciousness — I didn’t even bother seeing Die Another Day having seen all I wanted (cool cars on ice) in the trailers. That said, one has to wonder about the sanity of a production company who allegedly turned down a true-to-Fleming joint offer from Quentin Tarantino and Pierce Brosnan.

Friday night was Pip and Jo’s birthday formal which ran much as one would expect, spilling into the bar and later the Boatie Captain’s room before people eventually staggered back to their rooms in the early hours of the morning. This evening was a dinner with the Globalist editors and several of the contributors, although not as many as we’d have liked. Between Davy’s baptism in the morning and Evensong in the, err, evening, I spent an inordinate amount of time in the Chapel. TomTom (who still has trouble accepting I’m a Chapel Warden) also attended both services in a choral capacity and pointed out that he regularly spends more time in church than most Christians which is somewhat unconventional for a staunch agnostic. I suggested the only logical course of action was to convert so that there wouldn’t be a problem. 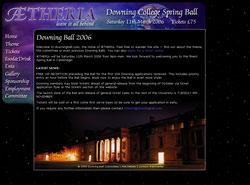 All spaces to the Globalist launch event have now been snapped up. The finer details are still being arranged but expect a stylish affair with soothing jazz, and of course it’s the first chance to get your mitts on the mag. It’s also a good opportunity to express your interest in getting involved since we’re definitely after some fresh blood for issue #2. Finally, and it’s been quite a slog getting here, the pre-launch downingball.com site is now up and running and accepting online ticket applications (intended primarily for Downing students at the moment) so if you’re in Cambridge get booking!

The Rise and Fall of Jack Thompson