With the resolution complete, paying closer attention has taught me some interesting things about my filmwatching habits and choices. Firstly, in numbers:

One thing I realised halfway through the year is that, even if I met my target, I was still unlikely to reduce the size of my watchlist by the end of the year. In fact it has grown a little to 379. Even so, without this resolution it would easily have broken 400. The average rating I gave to films on my watchlist was a fairly high 7.2, which makes sense for a list of films that looked good enough to pique my interest. I was pleasantly surprised by the spread of 3 to 10, although virtually everything on the list was 5 or higher. The average for all new films was only slightly lower at 6.8 but then I rarely watch anything that I expect will be bad. 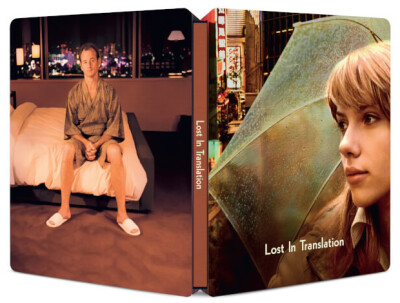 The resolution caused a few changes to my film-watching habits. The most noticeable was that I was making more time in the evenings to watch a film, which, after all, does not require much more of a time commitment than to binge a few episodes of a TV drama. The biggest change, and one I actually found difficult, was prioritising new films – 122 new films (this includes films released in 2017 and older films that were not already on my watchlist) is considerably higher than I have managed in previous years – but this came at the expense of the ability to rewatch films. On one hand, increasing new experiences is good. However, two thirds of the way through the year I found I was really struggling without the opportunity to watch the “comfort films” that I typically watch once a year. I eventually caved to watch Lost in Translation. The experience reminded me just how important some of these films are to me and, in turn, why I will always need to own certain films rather than relying solely on streaming services with a fluctuating selection. I am certainly looking forward to the increased freedom next year. 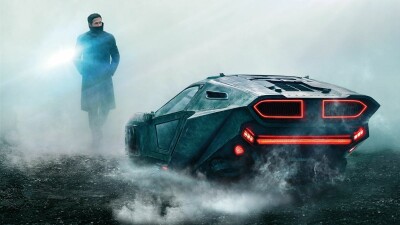 Typically 9/10 is the highest I would score a movie on first watching it, with the ability to move to a 10 if it holds up on rewatching. The one exception this year was Cinema Paradiso, already a classic in its own right and targeted at those who love cinema. There were a number of 9s from the watchlist: Whiplash, Rear Window, Paterson, Hell or High Water, The Handmaiden, A Clockwork Orange, Eye in the Sky, Black Hawk Down, Patton and The Pianist, spanning 1954-2016. It shows a surprising bias towards well-made war films, which is not a genre for which I have a particular affinity. There were a handful of additional 9s, two of which were on the list but released this year: Carol, Logan, Blade Runner 2049 and a short film called Testing. Two of the lowest rated movies were on the list, making them particularly disappointing: The Neon Demon and Hick. They were joined by two off-list films: the disappointingly unfunny and unnecessary sequel Ted 2, and risible 1970s low-budget horror Three on a Meathook.

Halfway through the year I also upgraded my living room setup to support 4K and HDR (now that the standards have crystallised). The biggest change was the TV itself. I have been eyeing OLED TVs for some time because of their near-perfect black reproduction (each pixel can be switched on or off independently and there is no backlight to bleed through). LG is producing stellar large flat panels, and (after a little consideration) I decided to go all in on a monolithic 65″ model OLED65C7V. I am unlikely to replace many films with 4K versions, given the relatively modest improvement, but it will be a consideration for future purchases where available. As with the PS3 last generation, the Xbox One S is now my default blu-ray player since it supports 4K and is likely to get software updates to address any changes to the format.

An intensive weekend of film-watching put me back on track and I actually completed my resolution to remove one film a week from my lengthy watchlist with a full week in hand. I will add a separate post about the resolution and these films as a whole. Meanwhile, as the last three times, here are a series of mini-reviews with ratings out of 10 to reflect the rating I gave on IMDb. And a reminder that new releases this year do not count towards my resolution even if those titles were already on my watchlist (so there is no Star Wars: The Last Jedi).

Despite some impressive world-building and vivid visual flair, the film struggles to escape the mismatched casting of Keanu Reeves as as the titular John Constantine. For all its Biblical backdrop amidst a proxy war between Heaven and Hell, when the redemptive arc of its central character rings hollow, the end result is more Purgatorial.

Nicolas Winding Refn’s breakout film (prior to mainstream success with Drive) is an ambitious biopic of notorious inmate Charles Bronson which aims less to tell his story than to present a series of vignettes from his perspective. Despite an excellent physical performance from Tom Hardy, Bronson’s nihilistic violence offers scant nuance beyond his desire for celebrity, and a lack of character development leaves little for the audience to hold onto once the credits roll.

Ridley Scott’s last great movie before a 15 year drought broken ironically by The Martian. It’s a chaotic and visceral depiction of modern warfare that impressively maintains its narrative thread even when the violence confuses. It makes an interesting counterpoint to the long distance warfare of Eye in the Sky.

Despite its contribution to popular culture, The Shining is flawed film. As a ghost story adaptation it is a confusing mess and most of the performances veer into parody. Yet Kubrick carefully composes countless memorable shots that compound the sense of snowy isolation within the grand Overlook Hotel. Still, once the running and screaming starts, it is all rather forgettable. 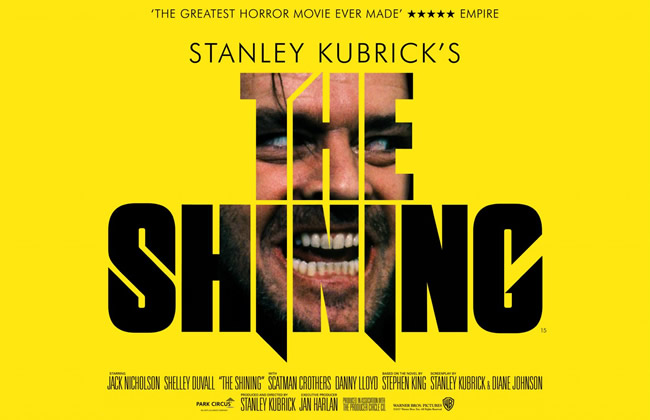 A frustratingly inscrutable film set within the walls of a secluded girls’ school. Whilst we watch them frolic in the woods, a sense of menace hangs as we learn that the oldest girls must soon leave and no one is permitted to leave early. Allegorical of adolescence, I briefly thought it had a greater goal as a fable about ageing and death but this was rather undermined by its closing. Given how impenetrable most of the film is, it might have benefited from a more ambiguous ending.

My favourite reviewer’s favourite film, this is a singular military biopic about a deeply divisive general, Francis Ford Coppola’s script was bombastic yet even-handed from the opening monologue delivered before a giant, screen-filling American flag, pieced together from various speeches given by Patton. Its tank battles are less visceral by modern standards but the character study retains its power. Perhaps fittingly for portraying such a larger than life character, such is George C Scott’s dominance of the screen that General Bradley is the only multifaceted supporting character.

A strong, unconventional debut from Daniel Wolfe set against a bleak rural Yorkshire backdrop, the film’s focus is a young interracial couple striking out away from their families. The film’s narrative only emerges gradually over the first hour and the less one knows going in the better. The journey takes the viewer to some harrowing places undermined only by a melodramatic final scene that provides an unsatisfying conclusion. 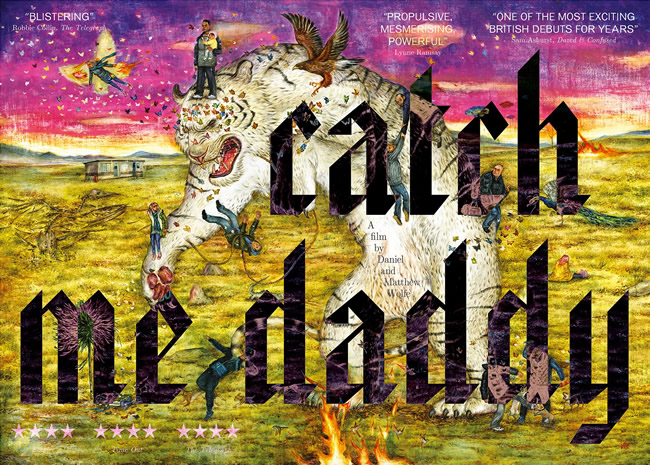 When I started this resolution I knew this was a film I would cross off the list, but it has been waiting until an occasion when I was sufficiently emotionally robust, particularly in the current fractured political climate. Based on Polish pianist Wladyslaw Szpilman’s memoirs of escaping the deportation of Jews from Warsaw, this departs from most Holocaust films in both its lack of melodrama (though Nazi atrocities are unflinchingly displayed) and a general sense not of perseverance but powerlessness. Adrien Brody, who has to carry the film, is both captivating and haunting.

Advertised as horror and often successful atmospherically, Orphan is really a thriller following an American family’s adoption of a strange Russian girl and on that front it is unsatisfying. Aside from a grotesque opening dream sequence, the initial act smartly sets up the notion of an unreliable perspective but that conceit is then discarded for the remainder of the film. Instead it’s jump scares, logical leaps and a preposterous conclusion.

A period noir following an LA private investigator in a 1970s that sparkles with character from the dialogue to the decor, the film actually bears a stronger resemblance to The Big Lebowski, with an investigation through a haze of pot smoke and surreal characters. Its low-key comedy bubbles beneath the surface, so it may seem too mellow and meandering to some viewers, but I found it engaging even at two and a half hours. 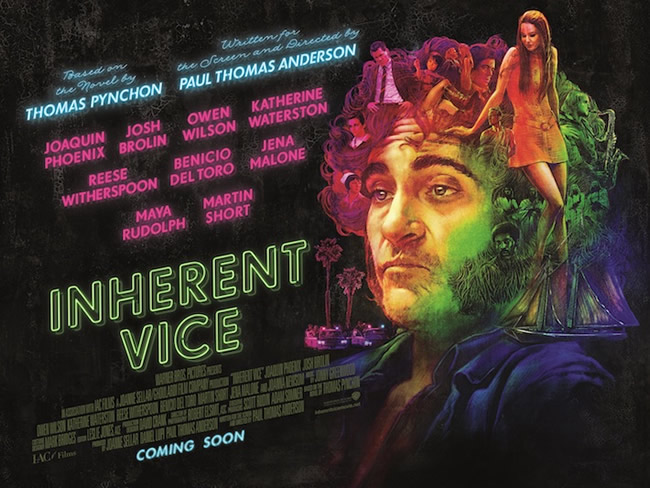 Overlong and uneven, the riveting final hour is a slog to reach. Jessica Chastain is absorbing as the obsessive, impassioned intelligence agent who locates Osama bin Laden, but the script is problematic. Opening with a half hour of torturing detainees, it skirts the issues of its legality and effectiveness, presumably to appease a wider American audience. Then follows an hour of disconnected intelligence gathering scenes that provide limited insight. A tighter focus on preparation for the final mission might have helped, but would have short-changed Chastain.

On paper this strange combination of high school body-swap comedy and time-travel romance is not an obvious choice for a runaway commercial success, becoming the highest-grossing anime to date. The animation is stunning but it’s really the film’s earnest charm that shines through, making it surprisingly easy to overlook the logical issues riddling its plot. 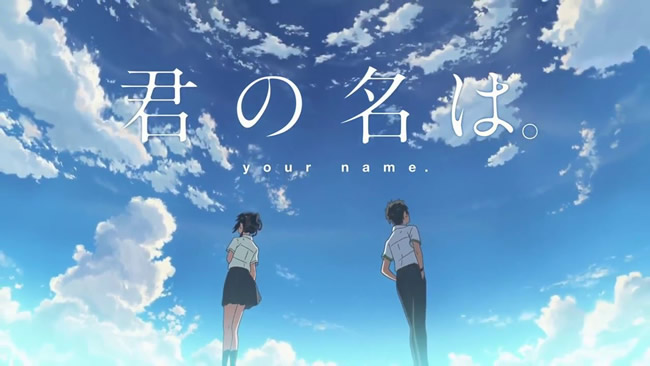 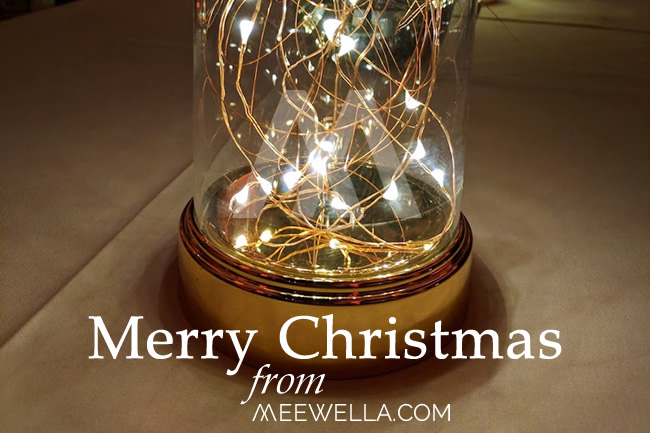