Unplayer One: That Dragon, Cancer

In the past I have written sporadic game-related posts intended for non-gamers, highlighting new interactive experiences that push the medium forward beyond what most non-gamers consider it to be. Unplayer One will be a new recurring feature exploring games in way that should appeal to those who enjoy art irrespective of the medium.  Unlike other review posts, these are likely to contain major spoilers so, if you have any intention of playing the game in question, please do so before reading.

That Dragon, Cancer was always going to be an emotional experience. The game was developed by a couple as part of their grieving process after losing their son to cancer at age five, following a long battle with cancer. The game received strong support through crowdfunding (notwithstanding some ill-conceived accusations that the designers were exploiting the loss of their son), with many backers having their own experiences losing children or those close to them. Told through a series of vignettes, That Dragon is as much about life – albeit life with a terminally ill child – as it is about loss. We share intimate family moments as well as difficult hospital trips. Grief is complex and the game will mean different things to different people: some will recognise familiar painful experiences but hopefully find solace in the shared experience; others will find it a way to explore one of the most harrowing positions in which a parent can find themselves. Although the proximity may vary, loss to cancer is a universal experience, more poignant at the start of this year with the deaths of David Bowie, Alan Rickman and Lemmy. In any case, I always find an increase in shared understanding to be positive result. 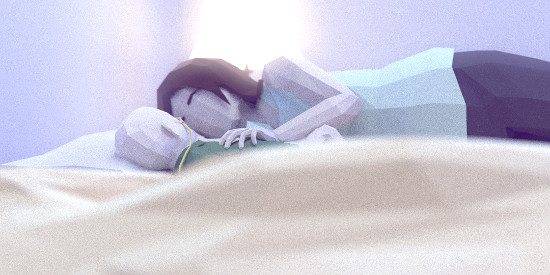 The game uses stylised graphics and a mixture of the parents’ perspective and a floating camera that allows you to observe the family. The gameplay is limited, largely a point-and-click tour through a succession of scenes and narrated letters, but I want to highlight a few moments from the game that spoke to me in particular. When the news is broken that treatment has been unsuccessful, we are free to shift perspective between each of the parents and the medical staff, colouring the dialogue with their internal thoughts. The room, meanwhile, gradually fills with water, morphing into a flooded environment with a boat heading towards a lighthouse. The parents respond in very different ways, the mother relying on her faith as a vessel to carry her through, never giving up on a miracle, whilst the father, a realist slipping into despair,  is portrayed literally drowning beneath the surface. He can swim up but can’t drag himself out; the only way to proceed is by heading further into the deep. 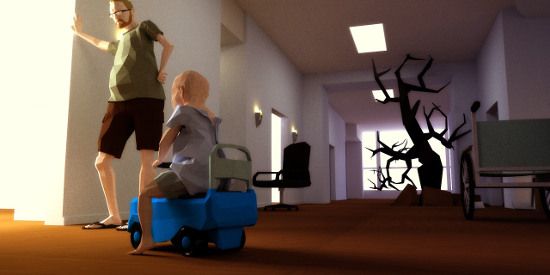 Simpler moments can be equally poignant, as reminders that life goes on for the family. As the children go to the hospital to spend time with their brother during treatment, one complains that he does not like missing school. The surprise revelation gives way to the realisation that what he really means is that he dislikes having to catch up after repeatedly missing classes. Many scenes comprise short sequences, repeatedly waking in a hospital room next to a bed, helping with small tasks, hours and days merging together. Whilst a game can offer only a fraction of the impact, there can be nothing as heartbreaking as having to experience one’s child in pain, crying incessantly but understandably, taking meagre comfort as sleep ceases their thrashing.

In one of these vignettes, I awoke in an empty hospital room with ten cards on surfaces around the room. Each could be read and held a short message to, or in memory of, a cancer victim. These were clearly messages from those who had helped fund the game. As I exited the room, my chest tightened as I saw looked out at the entire ward, completely filled with scores of these cards. Many were mundane, a few captured more poignant thoughts, but each was a real person, a real family left behind, a visual representation of a real loss. The gut punch came as I opened one card in which a parent had simply quoted a line from Puff the Magic Dragon, “Dragons live forever but not so little boys.” 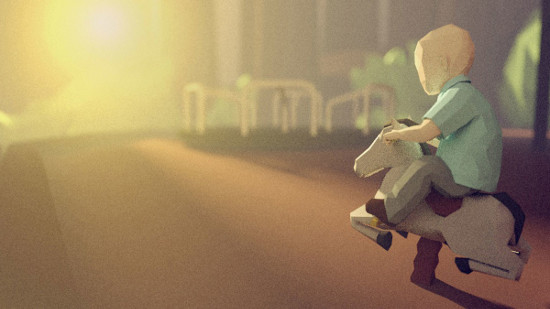