“To rise, first you must burn”

“To rise,
first you must burn.”

I have been fascinated by the mythology of the phoenix since I was a child — the idea of being able to discard and reinvent one’s self, to be reborn after being broken, to rise from the ashes, was so powerfully alluring that I adopted it as a handle when I ventured online. Three of my past personal websites referenced the name directly, and the websites themselves followed a similar path of destruction and rebirth every few years. That ceased with the last version of this site, launched in 2005, following which changes became gradual and iterative. It was actually something of a shock to realise that the site had existed in much the same form for a decade and, as Rob commented, it held up surprisingly well.

However, for several years I have been unhappy with much of the underlying code, since it was written before the rise of portable devices as web browsers. It was possible to view the site on mobiles and tablets, but it was far from a pleasant experience. I actually made two attempts to update the code over the last few years, with limited progress. When I posted about the future of the blog earlier this month, I had already conceded that it was once more time to embrace The Way of the Phoenix.

All the old code for the site has been thrown out, replaced by an entirely new responsive design that should make for a much more pleasant mobile experience whilst also scaling up with sharp images on high resolution modern screens. Virtually all of the content is still available and the site’s structure should remain familiar. Unfortunately the gallery software I have been using for many years is no longer supported, so I have opted to replace this entirely. I will be restoring old albums gradually, but this is a rather painstaking process and will take some time. I will also endeavour to ensure that most links in older posts continue to work, though some will invariably end up broken.

The new menu system will be obvious, allowing for much faster navigation, and also highlights that the Questions page has now been subsumed into the Fragments section (so feel free to submit new questions!). A big improvement for those who use feed readers is that a single feed will now provide updates across all sections of the site and the gallery, rather than only the blog. That alleviates the need for blog posts to draw attention to new content elsewhere.

Thanks to those who helped test the new design in its soft roll-out. Expect some visual tweaks to continue over the next couple of weeks, and do let me know what you think (especially if you find any bugs!).

For now, make yourself at home and take a look around.

This War of Mine 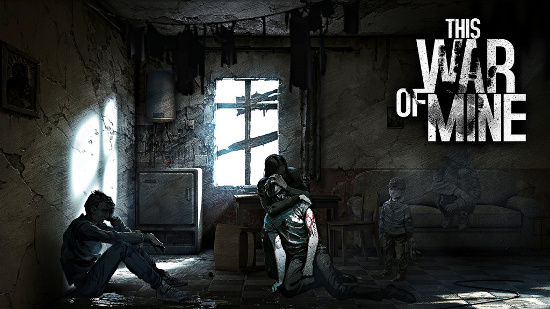 Did a movie ever make your feel remorseful? You can feel compassion and sadness and lots of other emotions watching a movie, but some emotions can only come from inside.

In much the same way that important movies receive coverage directed at those not heavily invested in that medium, every year there are a handful of games that deserve attention even from those who may have zero intention of ever playing them. I actually played This War of Mine last year on PC, but it has just become considerably more accessible with new Android and iOS releases at a price of £4.99. It is a war game, but it is probably not what you imagine. Nor could it be more relevant in the midst of one of the worst refugee crises the world has experienced, marked by disheartening hostility and lack of empathy.

Typically one thinks of war games as a power fantasy, playing an army-of-one soldier charging into the fray with a hailstorm of bullets causing scant concern. Such games have their place as escapist entertainment, as do mindless action films. This War of Mine is, if anything, a disempowerment fantasy. As its tagline states: in war, not everyone is a soldier.

You are in charge of a group of civilians in an unidentified modern city under siege, tasked simply with survival. Sheltering in the husk of a house, you must leave this relative safety to forage for food and supplies. Survival is brutal: much of the time you will be hungry, sick, exhausted and depressed. And that’s before you set foot outside. With the right tools you can make your shelter more bearable, adding the creature comforts that strengthen the human psyche. But how far are you willing to go in order to achieve this? 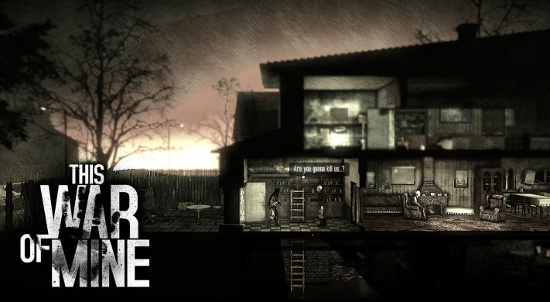 Looting abandoned stores is a relatively easy moral decision but others are likely to have beaten you there already. What about looting a house? An inhabited one? Does it make a difference if they clearly have more than they need? What if one of your friends is dying? What happens if you are confronted? The strength of the game’s morality comes not just from realism of these choices, but the fact the game doesn’t overtly mark out “good” and “bad” choices.

These are survival choices and, as much as anything, the question is what you can live with. Both characters and players may be haunted by their actions, discovering that their morality is more permeable than they might have believed. Ultimately, the game succeeds when it makes you feel bad about yourself, for a choice that seemed right in the moment. If I rationalise a theft on the basis that others robbed us last night, or that it was easy and otherwise it would just have been someone else, does it really make me less complicit if I take the medicine from the old man pressing me to leave? 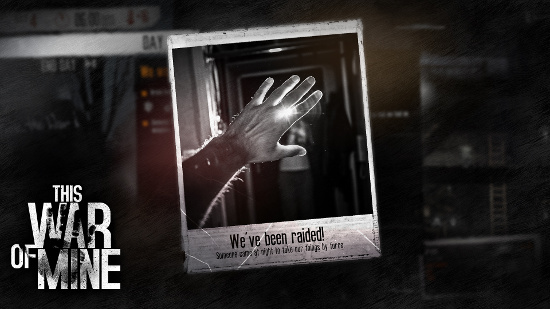 As lead writer Pawel Miechowski explained in a talk at GDC, that hollow feeling of regret is not something that can be conveyed by non-interactive media, where at best you can empathise with someone else’s sense of remorse. Although characters may become demoralised by actions they have taken, the judgment does not come from the game. “The only way for players to feel real remorse is if they judge themselves,” says Miechowski.

Why is a game like this crucial now? It’s less about countering the glorification of war, which might have been a greater concern a decade ago. Instead, it is fostering an appreciation that this is the reality from which millions of Syrian refugees have fled. When knee-jerk reactions result in snap judgments about middle class refugees or those with smartphones (which are not a sign of wealth), This War of Mine is a stark reminder that no one should have to live under the awful conditions imposed by war.

It’s not really fun. It probably won’t make you feel good about yourself. And I highly recommend it.

Out of the Wilderness

When I started blogging back in the early 2000s (on what I think was the fourth full website I had designed), I had no idea I would still be doing it over a decade later. In fact I still viewed “blog” as something of a dirty word at the time, since anyone could set up a LiveJournal and discuss the tedious minutiae of their lives without any knowledge of the Web or skill in design (early on we might have been somewhat snobbish about the democratisation of the Web), so for a long while I laboriously skirted around ever using the word to describe this section of the site. Back then it was the “earth” section of the four elements, though ever since the redesign a few years later, I have always thought “fragments” a particularly apt description, mirrored nicely by my recent foray into short fiction “shards“.

At different times this blog has served as a myriad of things: diary, notepad, travelogue, postcard, notice board, magazine column, scrapbook, product review, and more. It has grown and changed over the years as I have (which may be to say not discernibly). Intermittently it has felt as though it has served its purpose and, as writing time becomes increasingly scarce, perhaps something that ought to be retired. Last time I took a long break from blogging, upon returning I decided to attempt shorter entries, which made regular posting easier and less time-consuming. The problem is that this lent itself well to quick life updates but poorly to any deeper discourse.

Now those life updates are arguably best handled through the gallery, where a dozen photographs speak some (alleged) 12,000 words. It’s hard to argue with the sheer efficiency of numbers like that! I can also see the change in traffic sources, with most visitors now arriving through social media and, as a result, most of the discussion happens on those social media posts rather than here. That makes it less necessary to have a centralised “hub” blog post, on which people can comment, to direct people any new gallery that goes up.

Instead I find myself wanting to engage more comprehensively with fewer topics, so you should expect to see more long-form posts on whatever subjects happens to be on my mind. There is likely to remain a similarly varied mixture of content and style, from interestingly informative to thoughtfully provocative to irreverently satirical. In fact those variations may now become starker since each post will get to be Its Own Thing.

So I have returned from the wilderness. I cannot say whether I will still be blogging in another decade, but the future is ever unpredictable. Whatever comes, I do hope that you will still be reading. 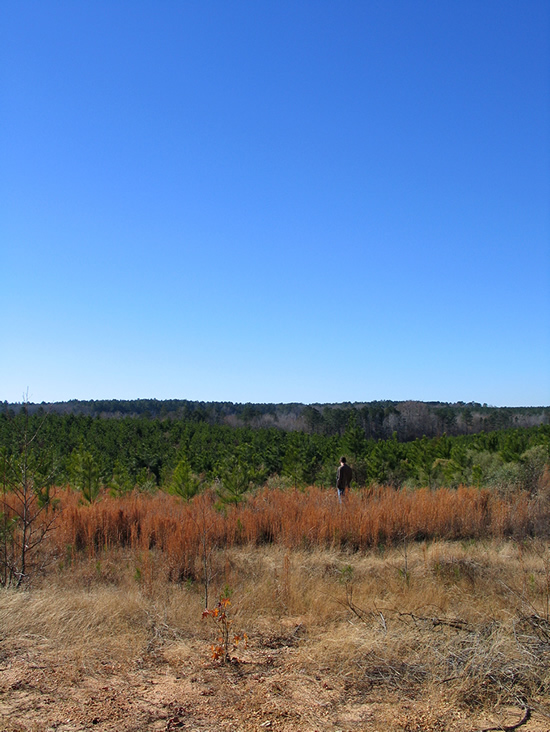