A bunch of videos will make up this post because my free time is going to be spent in the cyberpunk renaissance world of Deus Ex: Human Revolution. When over a decade later a true successor is released to one of my favourite games of all time, I’m not about to make excuses.

Portal: No Escape, I discovered after watching, was directed by Dan Trachtenberg of The Totally Rad Show fame. I knew he directed here and there but this is the first I’d actually seen. And it’s stunning. The live-action short suggests that, if only they were helmed by people who really understand the source material, perhaps game-to-film projects would not be doomed to failure.

Continuing the Portal theme, this is perhaps my new favourite geeky proposal, in which our favourite passive-aggressive AI, GLaDOS, pops the question. “You can say no. I’m sure he’ll get over it. Eventually.” she intones. Interestingly, Valve helped out by recording his scripted dialogue in a session already booked with GLaDOS voice-actress Ellen McLain. What could the voice of Half-Life 2’s Overwatch have been doing there…

And on that note, Escape From City 17 – Part 2 has finally arrived, continuing from the visually impressive, virtually-no-budget original.

Finally, the creative advertising campaign for the Muppets continues its tradition of giving away virtually nothing about the actual film. The latest is a music video with OK Go covering The Muppets Show Theme, while riffing on their own inventive music videos. You may wish to ignore the somewhat tedious ending.

This may be the first time a group of Londoners have fled the City to Belfast and felt significantly safer. The reason for this jaunt — my first to “Norn Iron” — was Ruth and Jonny’s wedding. Angie, Rav and I decided to make a long weekend of it, and arranged to meet up with Dave and Chima while out here too. While Angie’s mother is away we have the run of her house (predominantly for sleeping and watching episodes of the massively un-PC Archer late at night).

A damp Friday and Saturday morning fortunately gave way to great weather for the ceremony and reception, the intermittent drizzling being remarkably well-behaved. The very traditional service was conducted in a pretty, rural parish Church a little way outside Lisburn. It was great to see Oli, Paul and Dan cravatted and all looking unusually dapper, as well as a strong contingent of Cambridge friends who made it over.

Following the ceremony we adjourned to the Tap Room at the Hilden Brewery, a beautiful cosy venue in a working brewery with a fantastic restaurant. Al fresco canapés were served while the weather held, before retiring upstairs for the wedding breakfast. The speeches resulted in rapidly accelerating inebriation as our table imposed unfortunate drinking rules that included both the bride and groom’s names, the word “beautiful” and the inevitable joke about Jonny succeeding in arranging a piss-up in a brewery…

So far the remainder of the trip has been spent on the typical excursions to the Bushmills distillery and the Giant’s Causeway, and generally taking in the gorgeous countryside around here. A full set of photos from both the wedding and trip in general will, of course, follow soon.

I think the riots have provoked such a reaction from Londoners because destroying one’s own community displays a logical disconnect that offends the British sensibility. Violence during the G20 protests was at least targeted around financial institutions and the Square Mile. This morning Londoners behaved in an entirely British way, shaking their heads at the damage and going to work as normal, while others engaged in communal clean-up efforts that go a long way in restoring faith in society. While it sounds like more is yet to come, I’ll share some words on last night and images from this morning.

Perhaps fortunately, looters hit Walworth Road early yesterday. The police response was to close off the road, my bus announcing its diversion as it reached Elephant & Castle. Hopping out I headed down and found a police line guarding virtually nothing. From that end the road looked deserted and calm, belying the violence occurring (and ostensibly being allowed to occur) further along. I called Anna and suggested she head back via Kennington instead.

The mainstream media may spin Twitter as being the tool used by rioters to organise their movements, but in truth Londoners were using Twitter primarily to ascertain which areas of the city should be avoided and which remained safe. It became clear that, while it was not going up in flames, Kennington was not free from trouble either, so I threw on a pair of jeans, donned an old hoodie as camouflage (a good reason to keep hold of nondescript uni stash!) and headed out towards the station to find Anna and ensure she made it home safely.

The roads were eerily quiet, punctuated by bursts of noise, most rioters presumably having headed further south. Two cars swerved around the corner of a building across the road. Dark figures jumped out of the cars, one asking “which way did they go?”. Whether they were referring to pursuers or prey remained unclear. I checked on a few young guys at a bus stop, one of whom was compressing his friend’s head wound. Blood pooled on the floor at his feet, but he remained lucid and coherent. An ambulance had been called and they were waiting for its arrival. I wondered momentarily why the third in their group was topless: ah, that would be his shirt being pressed against his friend’s head. He paced, shivering slightly in chill night air.

Sharing the experience many have echoed, aside from the initial cordon at the quiet end of Walworth Road an hour earlier, I did not see a single police officer. The centre of Kennington appeared to remain relatively safe (perhaps due to the paucity of lootable shops) but I understand sirens continued throughout the night as it became the best route for police to move between the north and south.

Stepping out onto the balcony after midnight, the lights of the London Eye gazed back at me in impassive silence. The flickering of television sets emanated from most flats, all tuned to the news, viewers glued to the violence occurring elsewhere. People seemed uncomfortable sleeping, unsure of where the violence may move through the city. The sense I had was that a caged beast had broken loose of its shackles and was determined to express its newfound freedom, knowing it was temporary, but roaring just to hear its own voice. 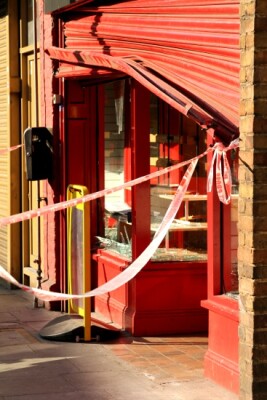 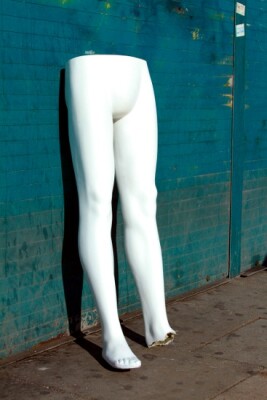 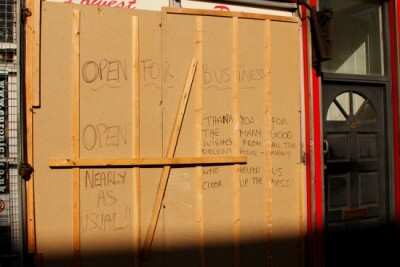 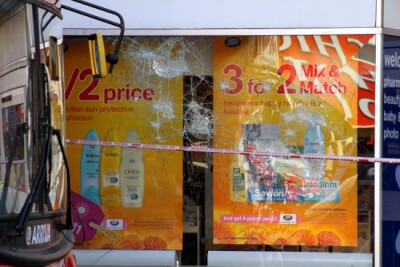 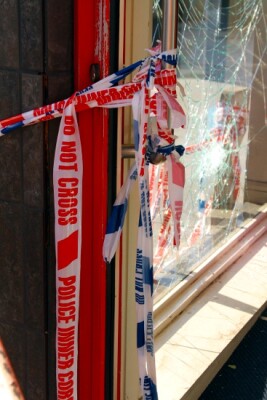 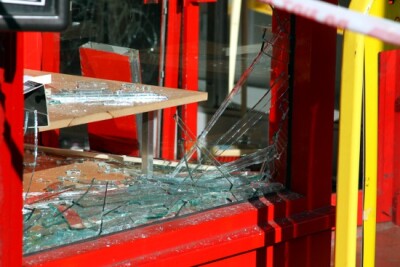 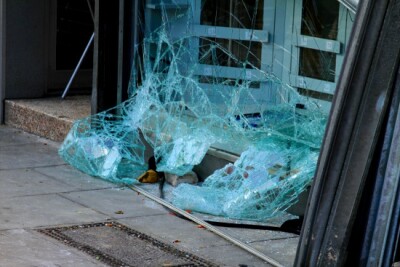 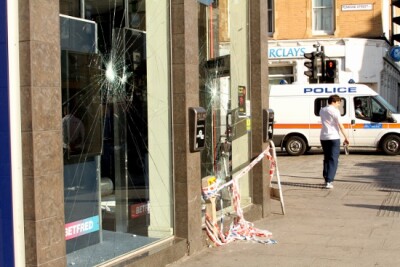