With a typically pathetic British response to snowfall, Heathrow’s closure means my flight to the States to join my family has been cancelled. Unsurprisingly flights are fully booked and the earliest slot they could find is on the 25th. On the plus side, that means my Christmas Day will be six hours longer than everyone else’s. On the down side, pretty much everything else. It’s not exactly a great day to spend travelling alone but I’d still much rather travel that day and see everyone sooner. Three hours of Christmas is better than zero, after all. In the meantime might I suggest Heathrow removes the incendiary “making every journey better” tagline from its website?

I suddenly find myself with a great deal of free time and in need of distractions to stay upbeat. Currently I’m compiling a list of creative alternative methods to reach the States. Please do suggest your own. Thanks to Maurita for inspiring the first and third.

When I Rule The World I: bundled earphones

DECREE I:
When I rule the world…
…bundling earphones with other products will be banned. 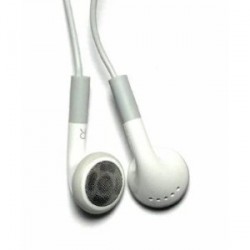 Every morning on the bus or train, nothing highlights humanity’s ignorance quite so starkly as those cheap plastic earbuds stuffed thoughtlessly into 50% of my fellow commuters’ ears.

It is not, I understand, entirely their fault. The logic is sound: I spent £200 on a portable media player, so these earphones they included should sound pretty good. A fallacy, of course, since very nearly none of the product’s cost lies in those woefully inadequate buds. Meanwhile I am stricken with nightmares of the glistening plastic peaks of a landfill, piled high with the useless earphones I have immediately ditched over the years.

Now, I am not snobbishly saying cheap earphones should not be an option at all — expensive Shures, Klipsch and the like are overkill for many. However, by unbundling them, consumers will be forced to make a proactive (and more informed) choice. Faced with a rack containing the full spectrum of humanity’s finest miniaturised electro-acoustic transducers, I suspect most would consider a paltry £30 or £40 a reasonable sum for a considerable upgrade.

More importantly, people will start to see portable music as a two-stage purchase: a device that stores the media; and the product that reproduces the sound. Both are equally important to the end result and one ought to budget accordingly.

N.B. Bundled earphones do serve one purpose: a free DIY laptop mute. Simply cut off the 3.5mm jack and insert it into your laptop’s headphone socket, removing it when sound is required. Never again be worried about the noise of booting your machine in a library or lecture hall.

In hindsight it’s rather a shame I didn’t take my camera to the Pure Reason Revolution gig last night since it dawns on me that my first attempt at gig photography was at one of their shows, when I broke in my 50mm f/1.4 lens. Since I just purchased a new EOS 7D body, this would have been a fitting opportunity to try it out. Instead, you’ll see its results shortly when I head to the States.

On to the gig itself. I knew Jon and Ian would be there, and — adopting a high vantage point — managed to scout them out along with Philly J. They missed an eclectic couple of support acts. The newly formed Clean Bandit are a bizarre fusion of string quartet, electronica DJ and drummer, fronted by a hip-hop MC. And yet it works in an incredibly fun way, with a vibrant vitality on stage. Mozart’s House is a perfect showcase, with the title alone epitomising their genre-defying sound. I can’t wait for them to record more.

Next up were Losers, a three-piece sporting the increasingly common female drummer option. Rather than blending styles, Losers seemed slightly schizophrenic, channelling in turns like ambient Nine Inch Nails and The Prodigy. Also, electric guitar played with a bow. The final support were Welsh act The Last Republic. Though the most accomplished (by which I mean they’ve actually recorded an album) they were least interesting offering. They produced a decent rock sound, and conceiving a high pitched wail by singing into guitar pickups through a megaphone is undoubtedly novel. But novelty does not necessarily imply a successful result.

Pure Reason Revolution’s set was largely a mixture of their second album and their recent release Hammer and Anvil. Their slightly rockier third release hasn’t really grabbed me yet, though many tracks work better live. On the other hand I’m hesitant to rule it out so swiftly, since Amor Vincit Omnia took a while to grow on me. We agreed, however, the night was fully redeemed by an encore of old songs from their early releases. And, of course, thanks to Clean Bandit there was a string quartet on hand. That rendition of Bullitts Dominae will now be tough to beat. And apparently for pre-ordering at the gig, my name will appear on the sleeve of the live DVD they recorded. Which is a nice touch.

Incidentally the bouncers on the door were evidently pro-student protest. For my part I’m impressed by their tech savvy use of Google Maps to outmanoeuvre the police and evade initial attempts to “kettle” protesters. It seems the tools available to both sides are ever-improving.

My review of Tron: Legacy, the film to which I alluded last time, is now up. You will notice I enjoyed it, yet it also marks the first time I have been really frustrated by the need to offer a star rating at the end. Its critics will hate it for a range of reasons, all of which I agree with — it’s a film of unexplored concepts, ponderously paced, thinly plotted, and incredibly self-indulgent. Charlie at Ultra Culture, which I noted in my last point, absolutely hated it. And I agree with everything he said. But as a techie/film geek it does exactly what I want in a number of areas so that if accepted on its merits it’s both an impressive achievement and rather enjoyable. I could easily have given it anything from two to three and a half stars, which would completely alter the impression of the preceding text. And I’d be lying if I said I wasn’t partly influenced by the desire to promote great use of 3D over shoddy conversions like Clash of the Titans or gimmicks like Alice in Wonderland.

Interestingly, the same is true of the second film from the day, Mike Haggis’ The Next Three Days, starring Russell Crowe as an everyman teacher who ends up breaking his wife out of prison. I enjoyed it and would comfortably rate it a three-star film, but its structure — its opening two thirds a slow burn character drama followed by an explosive final act — will alienate much of its audience. Thriller fans will find much of the film too slow to sit through, while those who enjoy the drama will find the actual break and escape sequence utterly implausible. For me that same slow burn opening meant I was far more invested in the characters by the payoff, heightening its intensity.

Obviously the star rating is as much an opinion as the text of any review, but in this case it seems rendered useless. I’m curious to know what people would think of alternative approaches, which other media have also begun using. One option is simply to ditch the rating and rely on the text, but I think it remains important to have some form of summary position at the end of a review to highlight the strength of any recommendation (recommendation is, I feel, a crucial part of the critic’s role). Breakdown ratings that cover different aspects of the film are no better. Perhaps my favourite option would be a short list of pros and cons, and perhaps a “see this film if you like…” targeted recommendation. Since you are the people who read them, I’d love to hear your thoughts, either in the comments or directly.

In unrelated news, while I haven’t engaged with Wikileaks directly here, Glenn Greenwald’s levelheaded debunking of various pieces of critical media coverage is well worth reading.

I spent the whole day at a new review event arranged by SeeFilmFirst which, in a rather progressive move, specifically targeted online writers. Better yet, they hosted it at my favourite screen in London (Empire Screen 1). There were advance screenings of two films but there’s an embargo on writing about them until tomorrow evening. That information may be enough for the curious to deduce the big film in question. At any rate, expect a review to land around 10pm.

In addition to the films there were dozens of trailers and a couple of panel talks, one on building an online audience and one on tackling film piracy. The former had a varied panel from larger and smaller sites, introducing me to the delightfully irreverent Ultra Culture, which certainly offers a fresher voice than much of the UK offering. It also highlighted the common mistake (particularly by companies) in identifying “the online audience” as a single entity rather than a range of varied groups and communities with differing views and interests, as well as the way in which “the online film audience” is often unrepresentative of audiences as a whole. The latter served more as a reminder that the film industry remains slightly out of touch with its core audience. A director essentially described as empirically wrong the increasingly held view that a good home theatre setup now offers a higher fidelity experience than dealing with cinema crowds talking and using mobiles throughout. One panellist noted that the film industry tends to be a step behind music industry which, let’s remember, had to have its arm severely twisted before consenting to sale via DRM-free mp3 downloads. And suddenly they discovered that internet users weren’t all the cheapskate leeches they had imagined and were actually quite happy to pay money. The film industry, by comparison, has only just switched to thanking paying customers rather than threatening them before every film they watch. Restriction-free downloads clearly remain some way off.

After a brief pit stop at the flat, I headed to Rav’s for a Leslie Nielsen memorial night. Order of service: Naked Gun followed by Airplane. The former inspired my all-time favourite Family Guy opening (season four’s PTV), and Shirley everyone enjoys the latter. There are those who may argue four films in one day might be considered excessive. Well, in a single day I’ve [REDACTED], followed Police Squad, flown on a plane and [REDACTED]. Not necessarily in that order.