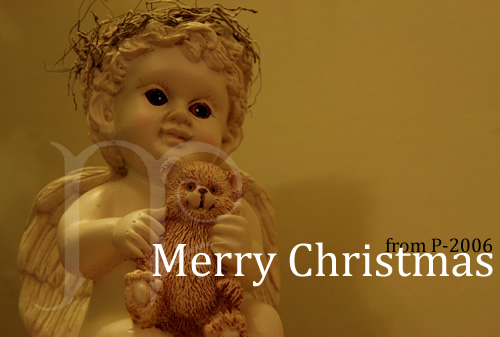 Christmas has very much snuck up on me this year, largely since it’s the first time I have been working right up until Christmas Eve. I have no complaints though, and a couple of boxes of Krispy Kreme doughnuts successfully lightened the mood in the office. Because of the way the weekends have fallen, taking time off between Christmas and New Year barely uses up any holiday this year, so I am left with a surplus to use up realistically some time in January of February. The current plan is to take two weeks off and just sleep, watch films and generally indulge without ulterior motive. I am, however, open to suggestions.

I spent last weekend on a very brief trip to Ireland with several uni friends, masterminded by Irina who had bought Andy tickets to see Coldplay at the new O2 venue in Dublin. It actually felt like a rather studenty trip between the hostel accomodation (Barnacles — cheap, clean, secure but with no curfew) and the decidedly alcoholic bent to our sightseeing. By which I mean both the Guinness brewery and the Jameson distillery. The former was prettier with plenty of marginally related photo opportunities, despite the fact I have scant interest in the drink itself. Jameson offered a more informative guided tour followed by a tasting that compared Scotch whisky with Irish whiskey and American Bourbon. Despite being offered a place, I relinquished it to Sparkie which only made sense given that we were also celebrating his birthday. I also seem to have ended up with a couple of hundred photos so expect more once I’ve managed to get them sorted out, which may take some time.

And finally as a sort of Christmas present, here’s some unashamedly geeky free music by Jonathan Coulton. He’s an interesting chap whom I initially came across when his Code Monkey song did the rounds online, and more recently in Portal’s closing credits which he composed. His blend of folk and rock styles lead to interesting results but he really showed off his versatility in the Thing-A-Week project in which he, uh, released a new song every week, free to download under the Creative Commons licence. I recently stumbled across this trove. The breadth of his work covers topics as varied as the Mandelbrot set, the problems with being an evil villain in love, Olympic Curling, a sort of dumped stalker’s anthem, a very odd apology with monkeys, the zombie apocalypse, DNA and of course a folk cover of Baby Got Back. Obviously. Because why wouldn’t you.

And on that note, have a very Merry Christmas!

I ended up miles away with no idea where I was, covered in vomit.

-Adam describing either a Boomer attack or his average Friday night

Adam has spent a while trying to convince me to pick up Left 4 Dead, Valve’s apocalyptic zombie survival shooter. It’s less that I needed cajoling about the quality of the game — it is Valve after all — but rather that with four-player co-op as its backbone, I wanted to be assured there would be people with whom to play. Once Sparkie started pestering me as well, I swiftly realised there was nothing to worry about and jumped in. The game succeeds through its tempo, a mad rush of zombies is always followed by suitably edgy respite with staccato moments as the super-infected appear. These zombie specials each have their strengths, but it was the Witch (having read many review references with scant detail leaving me irrationally terrified) that I was anxious to meet. And what an introduction I had: spotting her in the boiler room, three simultaneously launched molotov cocktails and a hurtling fiery zombie later, I was left with a huge grin on my face. Particularly knowing next time will be completely different since the zombies do not spawn in pre-set locations but are rather controlled by the game’s AI director. Survival horror games are not normally my cup of tea, but this is something else.

has finally launched in the UK. Hopefully this brand, coupled with bargain £3 albums from major artists, will finally draw the masses away from iTunes. Like 7digital they offer a small, tidy application to manage downloads. Interesting to note is that although the tracks are nominally encoded at 256kbps, a cursory glance at my downloads shows this is in fact VBR. At last. For those interested in what I bought, it was a perfect chance to pick up the debut album from LA rockers The Dreaming without an inflated import price tag. I’m a big fan of front man Christopher Hall who was the vocalist for Stabbing Westward.

And a few interesting recent finds: