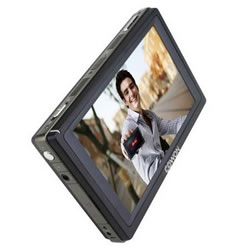 My Cowon U2 mp3 player has served me excellently over the past several years and, while it still works perfectly, I have been looking to upgrade. This is partly due to its paltry 1GB of storage, and partly because the inclusion of both video playback and wifi web surfing on new high-end portable media players is very enticing. For the past year I have been eyeing up Cowon’s feature-packed Q5W. However it is not without its drawbacks: running Windows CE5 allows for office documents to be read, but also means the whole touch screen interface is somewhat sluggish; battery life is on the low side because of the hard drive; and the web browser is still a bit clunky. 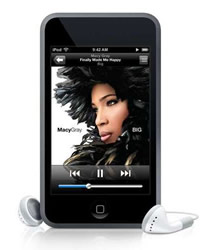 As a result I found myself seriously considering the iPod Touch (the first Apple device I have openly praised), particularly once the 2nd gen model wisely added an external volume control. My chief concern has always been the iTunes lock-in because I detest the bloated resource hog. A quick trial of the latest version did nothing to change my mind but, particularly after experiencing just how fast and responsive the Touch’s interface is, I was still torn. All that remained was to compare the sound quality, which meant loading my old player with a few of Apple’s sample songs and taking to an Apple store. Disappointingly, the iPod came nowhere near the 4-year-old Cowon. Its limited sound options essentially consisted of a volume control and a bunch of preset equalisers with a scarcely noticeable effect, all leaving the music sounding flat and lifeless with compression. In the end it turned out the choice was an easy one. Having come so close to winning me over, this really just serves to cement Apple’s recent devices and wonderful shiny gadgets that fail spectacularly at their chief function — the iPhone as a phone that can’t make calls or text, and the iPod Touch as a music player that can’t play music.

The month long absence was largely to do with focusing on starting work as a trainee solicitor at Bird & Bird although, with the first two weeks spent on what broadly amounted to an LPC-lite Professional Skills course, very little has actually been going on. The trainees are a fantastic bunch, and I’d managed to meet about two thirds of them already through various social events over the past two years since the summer scheme (yes, it has been that long). From that bunch Rachel, Chelsea and Matt have joined, with Kelvin also starting in the firm’s Hong Kong office. Rob will be joining us next year.

Obviously client confidentiality means I’m unlikely to discuss work at length here, but the firm culture is possibly even better than we had hoped. Rather than waxing lyrical about the ubiquitous “work-life balance” claim of every law firm, instead they just give us great hours with virtually no late nights so that people can, well, go away and have lives. I’ll be in the IP department for the next six months and, having been a student for too long, I’m actually looking forward to getting properly stuck into some real work.

With classic poor timing in my last week of freedom before work, my Xbox 360 finally gave up the ghost, refusing to start and displaying the dreaded three red lights — meaning a critical hardware fault. While an electronic device of that value ought not to break after just 2 years, Microsoft’s support has been stellar. With unusually high failure rates they extended their warranty to three years, meaning that after logging the problem online they emailed me a UPS label and paid for all transportation costs. Once received the turnaround was only around a day, and it arrived back working fine. The included note stated they had found problems in both the motherboard and DVD drive, so not exactly a minor repair. The inclusion of an unboxed scratched-up disc of outdated tennis game Top Spin 2 was a somewhat insulting gift, but the 1 month Xbox Live subscription card was vastly more welcome. Overall it was a problem that should not have happened, but being able to resolve it for free without even calling up a helpline mean Microsoft get top marks for their response.