Last weekend Kirsten and I headed up to Harrogate for the wedding of Fiona and Chris. Kirsten and Fiona were at college together and I had only met her briefly prior to the wedding, but was slightly surprised to find that even her mother seemed to know my name without any prompting — I supposed that’s what hours staring at guest lists will do!

The wedding itself was a very pleasant Catholic affair with a typically boozy but otherwise restrained reception at the beautiful converted hotel in which Kirsten and I were staying. We were tabled with mostly Cambridge students and grads who knew the couple through the Fisher House University Chaplaincy, meaning I would have known most of them (and indeed Fiona) had I not been at Downing with the much easier option of an alternative Church less than a minute away.

It was the first time either of us had been to Harrogate and while the gruelling train journey left us immediately pining for both food and London, where no one is more than an hour away, it was easy to see why so many would choose to retire there. Like Cambridge it is a picturesque town that still manages to have virtually any shop you might desire (we even passed a Games Workshop!). The talkative cabbie who drove us from the station was happy to give us a brief tour, pointing out retirement flats that, due to the location’s popularity, now have highly inflated prices.

Particularly interesting is the way the city’s architectural style has been preserved, even in things like the obviously newer extensions to the shopping mall. This cohesiveness makes the area feel strangely tidy in a rather relaxing way. Nothing seems out of place.

I still think Harrogate is a bit too far afield, but it has reminded me that living in London is not a permanent state of affairs, much as I love it now, and I will need to consider where I want to move next. Given that I’ll be working in London for the foreseeable future I am probably restricted to the Home Counties, but there’s plenty of variety even there. 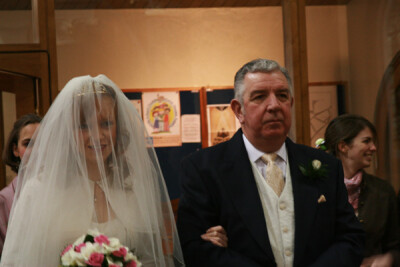 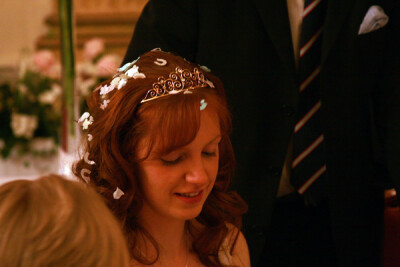 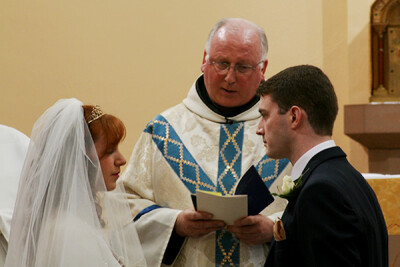 A few busy weeks led to almost a month without posts so here’s one I wrote around the middle of last week but didn’t get round to editing down. Things are a bit quieter now so normal service should follow:

Last week was pretty hectic workwise and I spent the weekend doing virtually nothing to recover. This meant I didn’t get around to discussing the previous weekend’s excursions to see Grindhouse and Funny Games. The latter was actually while killing time before going out on Friday evening, overcome suddenly by a desire for weird cinema. Funny Games is the first film I’ve seen for some time where I find myself apologetically defending it, a film which I almost invariably had to see alone as until I judged it myself I feared the premise may leave any friends accompanying me wondering just what manner of creature it was that invited them to such an experience.

European director Haneke is known for challenging cinema conventions, making a name for himself with Hidden. Rather than deriving enjoyment from the family’s torturous experience, the audience is made to feel intentionally uncomfortable right from the jarring death metal track that bursts through the soothing classical music of the opening credits. At one point as a member of the family breaks down and begs them to stop, one of the boys asks them, “do you think you’ve had enough?”. He pauses a beat before staring directly at camera and repeating the question, challenging the audience. And that is the point. So now in hindsight I feel it is safe to recommend, at least for those who can stomach it.

I nearly went alone to the Grindhouse showing which would have been a serious mistake. Fortunately Kirsten reminded me that Jehan was still around and he was keen. I had concerns about this project from the start since Rodriguez and Tarantino were intentionally creating a homage to the old low-budget exploitation films in their double-bill (a concept which is a throwback in itself). Their movies have always been influenced by their nostalgic love of these, and this is fine, but to actively recreate what are, essentially, bad films, can only at best result in another bad film.

My fears turned out to be half founded. Rodriguez’s instalment, Planet Terror, is simply hilarious and very very silly fun. The dialogue, action and everything else is cheesy, but all thrown together with such style that (at least with a friend) one cannot help but enjoy the carnage that ensues. The plot is essentially irrelevant and the main character development occurs in a “missing reel”, a jarring break which dumps the audience back in the middle of an action sequence with no idea what has transpired. This was followed by several fake trailers by a clutch of interested directors. The real treat was undoubtedly Rob Zombie’s Werewolf Women of the SS, which Jehan and I would both be happy to see made. Nicolas Cage’s cameo as a maniacally laughing Fu Manchu gives you some idea of the intended vibe…

By contrast Tarantino’s Death Proof is a disappointment. Fun at first it never quite gels. For a start it is filled with the usual sharp Tarantino dialogue yet this feels totally out of place, with long chatty scenes that might work in his other films but not here. He seems to be attempting to modernise the exploitation concept, but decidedly fails to do so. Jehan said he enjoyed the full (standalone) cut of Death Proof so I may reconsider after viewing that. The real irony to me is that Kill Bill was unceremoniously slice in two (to its detriment) for being too long for audiences to sit through at around four hours of film, which is exactly how long we spent in the cinema watching Grindhouse!

The recent site upgrades coupled with a research assessment for law school didn’t give me enough time to plan any April 1st shenanigans, but the rest of net was typically filled with them. This year’s trend tended towards the bizarre phenomenon of Rickrolling (an internet meme involving redirecting a user to Rick Astley’s Never Gonna Give You Up instead of the information they expected). Impressively even YouTube got in the action by Rickrolling all their featured videos!

Google’s typically convoluted gag involved the Virgle joint venture with Virgin to colonise Mars. Obviously. It was the application questionnaire to be considered as a colonist that made it really. Best of the gaming gags was Jade Raymond introducing the next chapter of Assassin’s Creed. For more Wikipedia has produced its usual comprehensive list.

Fortunately that research assessment is now in, and the tube strike has been called off meaning that I can get to my drafting exam on Monday. Things should calm down a bit after next week.

Toby has pointed out that several vue cinemas are running late night screenings of Grindhouse, the Quentin Tarantino/Robert Rodriguez double-bill in homage to the old exploitation films. Hopefully I’ll be able to get to one on Saturday night. Tonight is out as the law school crowd will be celebrating Alex’s birthday in Brick Lane. We’re also sending him zorbing as a birthday present, which seems as close as we shall ever come to fulfilling that irrepressible human desire to become a hamster. Then there’s the considerably wetter Hydro Zorb® option which, I can only assume, is for the authentic drowning hamster experience.