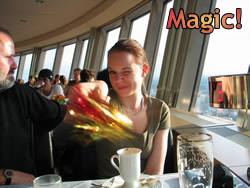 Ticking another major European city off the list, on Saturday we did the tourist thing in Berlin. Kirsten and I had originally intended for her friend Moni to be our tour guide, but her dad proved a far more knowledgeable resource. He in turn was there for an Egyptian exhibition.

Lunch was atop an old TV tower that looks out across the sprawling city (a “proper” city in the old sense with none of those new fangled American grids). After the ludicrously expensive €8 elevator ride to the top, the food itself seemed remarkably cheap given the surroundings in a revolving restaurant. I had a great leg of rabbit with a proper Berlin beer. 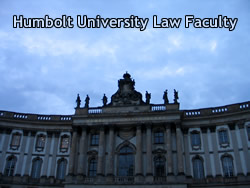 Having disposed of our food we proceded to tour Berlin on foot, checking in at all the notable sites including the Humboldt University and, of course, its law faculty which is ironically located across the square in which the Nazis held their large ceremonial book-burning. An interesting memorial of empty white shelves lies below the plaza. We continued up the road to the Brandenburg Gate and through to the new Reichstag building (the old one having been consumed in an all-too-convenient fire as the historically minded will recall). Its glass domed roof is a major tourist attraction so be prepared for queues even late in the evening. Pressed for time, we gave it a miss. 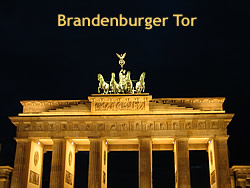 Moni then contacted us so Kirsten and I slipped away for a quick cocktail or three while her Dad leisurely perused the Egyptian exhibition. Moni was, as Kirsten correctly described her, basically a German version of Charlotte. Her English was also far better than I had imagined, perhaps because she was emboldened by the alcohol and so more willing to give it a go than the others I have met. A full set of Berlin photos will be available but may not emerge until I return.

Sausagewatch: Currywurst [kuh-ree-vorst] is something from which my dad warned me away and Kirsten could not recommend highly enough. It is essentially a typical German Wurst coated liberally in curry powder and then doused in tomato ketchup. Its delicate flavours tantalise the palette with the subtlety of a sledgehammer. While it was perfectly edible, it was not the sort of experience that I envision myself craving unless perhaps I was drunk. And therein lies the perfect comparison — Currywurst is essentially the German answer to the kebab. 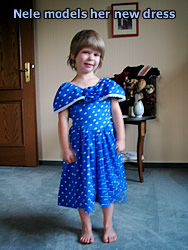 The last few days have been pretty relaxed, lazing around the village of Ehrenhof which is, if anything, even more remote than I had been prepared for. It broadly consists of about two dozen houses positioned around a lake with no shops at all. The grand tour could be conducted without ever leaving the front steps of the house. It lies between the small town of Neustrelitz and the slightly larger Neubrandenburg which begins more closely to resemble civilisation.

We visited Kirsten’s grandparents as well as some of her friends from the club at which she used to work. The level of English spoken by people here varies wildly. Those of our generation have studied enough to school that one can communicate with them, but often they lack the vocabulary to express themselves back. Less is spoken by the older generations who would likely have learned Russian if anything, although her grandfather actually speaks rather well having worked at a British camp following the War (yes, I did mention it — but they started it!).

I can now provide photos since my laptop is running smoothly again thanks to a new hard drive I managed to pick up before leaving England. I’d forgotten that Carey works at PC World but he was able to sort me out pretty quickly with a new Samsung 100GB deal, sacrificing some speed for lower power consumption which should help with the machine’s general heat issues. I’ve finally dumped Norton Antivirus (though not their firewall) which lends a very noticeable performance boost. I wish I’d done it sooner really.

Sausagewatch: Bierknacker [bee-er-k’na-ker] is a coarse smoked sausage which Kirsten and I prepared in a dish of fried sliced potatoes called “Bratkartoffen”. It’s strong spicy flavour lends itself well to mixed dishes such as this, but it can be eaten alone, hot or cold.