“All they ask of us is to stay here. Where it’s safe.”

After the excellent Booksmart, I had high hopes for Olivia Wilde’s sophomore directorial outing. Sadly, despite its panache, Don’t Worry Darling proves to be a shallow and often repetitive thriller that believes itself to be smarter than it is. The setup is a suitably surreal take on 1960s American suburbia where, like The Stepford Wives, something is palpably wrong. The leads’ idyllic relationship, with excellent performances from Florence Pugh and Harry Styles, is the film’s strength, Wilde’s direction providing eroticism through touch rather than nudity. As Alice becomes increasingly unsettled, the sound mix buzzes around uncomfortably like an insect, reflecting her mental state. Reflections are also a neat visual flourish, with several occasions where mirrors act impossibly. Third act twists are dangerous as they risk alienating an audience and Don’t Worry Darling manages the double sin of being entirely obvious with half of its conceit and entirely out of leftfield with the other. The result is an unsatisfying and disjointed reveal that leaves too little time to explore its ramifications. Chris Pine’s antagonist is overtly based on Jordan Peterson, particularly his obsession with order and chaos, and natural heirarchies, yet the film is content to make this allusion without attempting to debunk or even engage with his ideas. This is the film’s ultimate failure, which is that it never delves beneath the surface in any of its ideas, from cult programming to traditional gender roles to the broader concepts like satisfaction with our reality. There is far more to be gleaned from films with lesser ambitions like The Master or Martha Marcy Mae Marlene.

Disclosure: I know personally at least one person involved in the making of this film.

“Sometimes I think I have felt everything I’m ever gonna feel. And from here on out, I’m not gonna feel anything new. Just lesser versions of what I’ve already felt.”

Although Her is ostensibly science fiction — one of its central characters is a sentient artificially intelligent operating system — Spike Jonze approaches this ambitious film as a traditional love story in which one of the participants simply lacks corporeal form. Theodore and Samantha’s chemistry rests as much on Scarlett Johanssen’s charm and curiosity through just a disembodied voice (no doubt recorded with a great deal of direction when she replaced Samantha Morton who originally voiced the role during filming) as it does on Joaquin Phoenix’s presence onscreen. Jonze uses the premise of this unusual relationship to deconstruct the loneliness of modern life as we regard one another from an increasing distance and — one decade and a global pandemic later — his vision of how our computer-dominated society is evolving feels eerily accurate. Theodore, sympathetically underplayed by Phoenix, is a kind and creative man struggling with divorce and, although he has friends and colleagues who like him, only his OS seems to understand how to support him. Whatever one’s view of the relationship, its effects on Theodore are tangible, and that is where Her, with its non-judgmental perspective, truly fascinates.

“We haven’t done anything. We haven’t broken any rules.”

Generally speaking I am not a fan of reductive descriptions like “a female take on Superbad” but in the case of Olivia Wilde’s directorial debut the comparison is apt, not only in its comedic end-of-high-school blowout premise but also in its prevailing themes of identity, social awkwardness, teenage desperation, and friendships on the cusp of change. Leads Kaitlyn Dever and Beanie Feldstein are believable as studious best friends approaching high school graduation and questioning their decision to focus solely on academic success. After seeing her performance, it was little surprise to discover that Feldstein is Jonah Hill’s younger sister, with obvious similarities in their delivery. Although the dialogue lacks the realism of The Edge of Seventeen, the light and witty script keeps things moving at pace. Of particular note is the film’s ability to flesh out a number of its supporting cast beyond their initial one-note stereotypes, paralleling Molly’s realisation that she has done her classmates a disservice by underestimating them. I fear limited marketing may hold Booksmart back on theatrical release but I expect it to find cult success in home viewing. 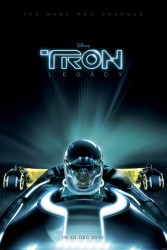