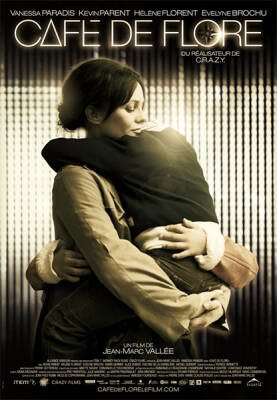 If it’s a soulmate, it’s not supposed to end, right?
It doesn’t happen twice in a lifetime.

Café de Flore weaves two intriguing and meditative tales that inevitably collide but in a surprising way with powerful results in this French romantic drama.

Antoine [Kevin Parent] is a DJ in present-day Montréal who seems to have it all: two beautiful daughters and his partner Rose [Evelyne Brochu] with whom he is passionately in love. However he is struggling to convince his family to accept his decision to leave his wife Carole [Hélène Florent], the girls’ mother, who has been unable to move on since losing of the love of her life. A second story follows Jacqueline [Vanessa Paradis], a single mother in 1960s Paris, raising her son Laurent [Marin Gerrier] alone after his father left upon discovering the boy suffers from Down’s syndrome. Jacqueline dotes on him utterly and is determined to ensure her son will beat the survival statistics. 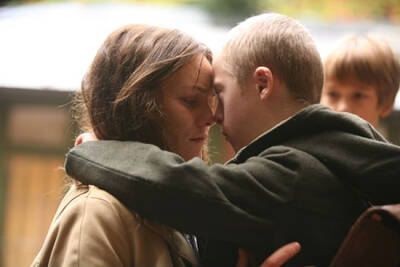 Down’s syndrome rarely receives prominent treatment in films and both Paradis and Gerrier (who has Down’s himself) are revelatory in depicting the day-to-day struggles of the condition as well as the joy that can still be found. Paradis’s choice not to follow the more glamorous roles her status allows has led her to perhaps the ideal role, which she depicts with a subtle inner drive. Whilst Antoine’s story is imbued with high emotion throughout, the performances never veer into the melodramatic. These people all feel grounded and real, even the more one-note characters like the petulant teenage daughter, heightening the emotional impact of their interaction. We also glimpse numerous flashbacks of Antoine and Carole’s relationship from their idyllic teenage romance to now, which serves effectively to demonstrate how they both feel they have lost something special, and Antoine’s need to convince even himself that he has made the right decision. 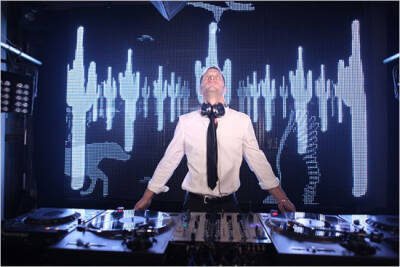 The evocative soundtrack is expertly woven into the film, sometimes drawing attention to itself and sometimes creating an atmospheric backdrop with recurring artists like Pink Floyd, Sigur Ros and The Cure, as well as variations on the titular track Café de Flore which initially inspired Vallée to write the film. One has the impression that as many scenes may have been born out of the music as the other way around. Indeed our experience of Antoine and Carole’s teenage relationship is largely one of musical nostalgia rather than dialogue, as we watch them share their discovery of music and prepare mixtapes. There are some interesting editing choices, particularly when transitioning between the stories, but the jarring cuts can also prove distracting, particularly when following a carefully crafted languid shot. The result is often to break the film’s atmospheric spell rather than to enhance it.

The pacing works well, never seeming to lull in its two hours. It is aided in part, no doubt, by the ability to switch between its two stories keeping each fresh, but moreso these characters are enjoyable to watch and it is easy to become invested in their personal struggles — ultimately we want them to succeed. It is, perhaps, a slight shame that despite the refreshing and authentic Down’s syndrome material Jacqueline and Laurent’s story is effectively relegated to something of a subplot once the two stories are woven together. Nonethless, through the subtlety with which both tales are built up, the result remains powerful and affecting.