It was already 10:30pm when Evelyn Carr arrived at the yellow door of ‘Knighting Gail’, a small basement jazz bar in the back streets of Notting Hill. She removed her press card lanyard and slipped it into a coat pocket, banishing thoughts of the office and acrimony over byline attributions. Closing her umbrella, she ducked through the doorway, dripping rainwater as she descended the concrete stairs. The outside chill vanished as soon as she crossed into the bar, a combination of the welcomingly warm golden lighting and the crowd tightly packed around tables by the stage. She wound her way to a small empty table and no sooner had she seated herself than the bar’s eponymous owner appeared to take her order.

“You’re lucky,” Gail commented upon her return a few minutes later with a cocktail, “He’ll be on any time now.”

Evelyn inspected the drink, a small featureless glass filled with brown liquid that glowed amber as it caught the lights. The cold condensation conjured the weather outside until she took a sip, absinthe and rye burning it away with the rounded sweetness of a perfect Sazerac. As a cocktail it encapsulated the Knighting Gail experience: unpretentious yet perfectly crafted. Even by those standards tonight was special, all because of the musician about to take the stage, a rare opportunity to see him play live.

Aramis Dean’s presence commanded attention the moment he emerged, his bold white hair and beard brightly reflecting the stage lights. He was groomed sharply to accentuate impressive cheekbones for a man in his sixties. Aramis pointed a finger out at the audience  in appreciative recognition of their presence, his other hand straightening his waistcoat, a rich navy hue against a crisp white shirt. More striking than his clothes were the crimson-tinted glasses that concealed his eyes, plainly an affectation in an underground bar.

Wordlessly, his head dropped a little and a hush fell across the crowd.  He opened his mouth, waiting a beat with the room enthralled. When his voice emerged it seemed impossibly smooth for a man of his age, yet still layered with the richness of tone that only develops over time. As he sang a cappella, Evelyn was filled with a synaesthetic vision of perfumed pink roses bursting into bloom. She marvelled in the new experience — music had inspired thoughts before, but never anything so visual; only as the band joined in with a plucked bassline and piano accompaniment did her senses return.

After a handful of recognisable songs, Aramis sauntered to the side of the stage and lifted his saxophone from a stand. The instrument was a work of art even to Evelyn’s untrained eye, its red brass and bronze construction accented by ruby inlays in its keys and a finely etched pattern across the bell. Aramis raised it unhurriedly to his lips, first warming up his fingers by keying silent notes before a deep breath and then—

Time seemed to slow as Evelyn was mesmerised by notes that seemed to pulsate in the air around her, hanging, overlapping and colliding. She had been transfixed by musicians before, feeling compelled to absorb every minutia of their performance, but this was different; it was not a feeling but a genuine compulsion. It terrified her. And yet, in return, the music cocooned her safely in a comforting aural blanket. How could she feel soothed whilst being robbed of her self-control? She felt part of her mind stir defensively — a glimmer of amber, the taste of absinthe — and with a rush she was herself once more, surrounded by a roomful of patrons locked together in a hypnotic trance.

Evelyn held herself rigidly like the others, trying to remain inconspicuous, only her eyes slowly scanning the room. They darted right, drawn to the movement of a diminutive figure scuttling across the floor and coming to halt at a table of four dressed in business attire. He plucked a leather-bound briefcase from between the feet of a broad man with a wide red tie, then reached into the man’s pocket to fish out a set of keys. As slowly as possible, Evelyn shifted in her seat to get a better view of the table, recognising two individuals from the council planning committee, whose questionable practices she had covered before. The other two she did not know. Sitting cross-legged on the floor, the short figure — was it a child? — unlocked the briefcase, opening it and rummaging through the contents. He removed a binder and carefully stacked several more pages on top, then closed and returned the briefcase. He rose and scurried out of Evelyn’s vision toward the back of the bar. He had not noticed her watching.

“Would you join me in my office, Ms Carr?” intruded the owner’s voice from behind her, making her start.

Busted. She rose wordlessly to follow Gail, ignored entirely by the beguiled audience whose eyes never left Aramis Dean and his saxophone. Gail slipped behind the bar and led Evelyn through to the back. As they did so, the room burst into life once more, applauding and cheering. Evelyn felt buffeted by the sudden release of stored energy from the crowd.

“Do have a seat,” Gail motioned to a chair in her small office.

The room was sparsely furnished, green paint cracking from the walls, illuminated by a single bulb hanging from the ceiling, its shade adorned with a bird motif. Gail stood behind a wooden desk that held an ageing laptop, a metal lockbox,  a stack of programme samples for the following month, and the file of papers Evelyn had seen lifted from the briefcase.

“I apologise for the theatrics,” Gail continued, “but I wanted you to know the source of the documents I am about to show you and that they are genuine. I imagine you will have many questions, only some of which I will be able to answer this evening.”

“Why— what happened to everyone out there? And why didn’t it happen to me?”

“The first question is complicated. The second is easier: the absinthe in your cocktail. It’s a distillation we make here in the bar with various,” she paused, selecting the right description, “fortifying qualities. But those are questions for later.”

Gail handed over the file, and Evelyn began to leaf through them whilst the proprietor continued to speak, “I’ve had property developers sniffing around the bar for a few months now, making decreasingly veiled threats about what would happen if I don’t agree to sell. I certainly have no intention of parting with the bar, so I’ve been looking into them. This is the proof that they’ve been bribing the counsel to assist in getting venues closed down so that they can buy them up cheaply and inflate the value of their residential redevelopment portfolios. It’s the same shit they pulled in Soho.”

“And what do you want from me,” it seemed the natural question even if Evelyn was almost certain she knew the answer.

“I’m giving you the evidence. You, Ms Carr, will do your job. Write an article, publish the documents, tell the truth.”

“But they’ll know they were stolen.”

“Oh, don’t worry. We’ll take copies here and the originals will be returned to that briefcase before the end of Dean’s set.”

“Why not take this to the police?”

“Who do you think got the licences revoked from those other bars? No, we need the public to know first. Then those rats on the council won’t risk covering for their friends.”

“And why do you seem so sure I’ll agree?”

“Two reasons, Evelyn. Firstly, I’ve read your work and it seems you’re rather fond of the truth being brought into the light. But more importantly, if you do this, I’ll explain everything else you’ve seen this evening.” 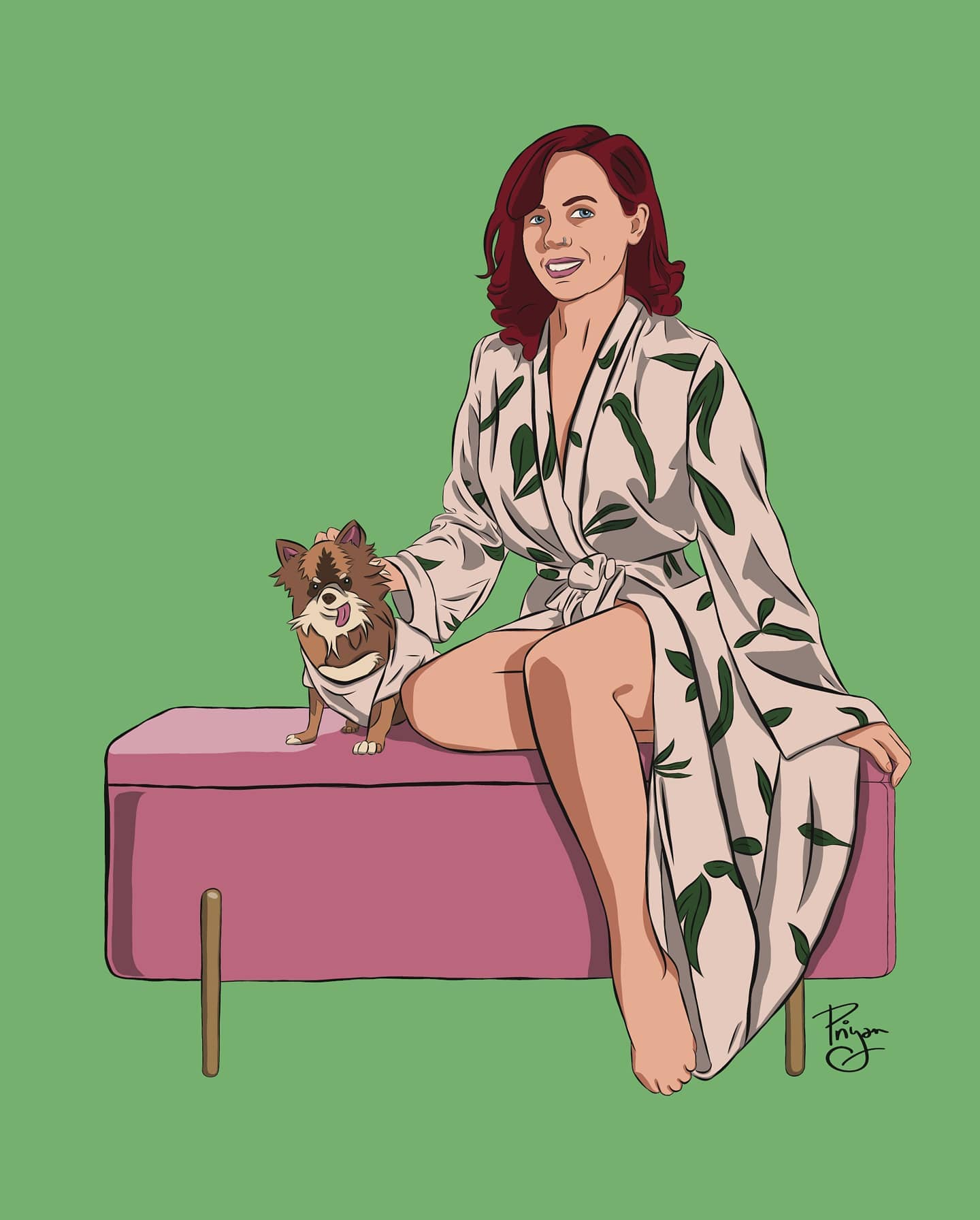 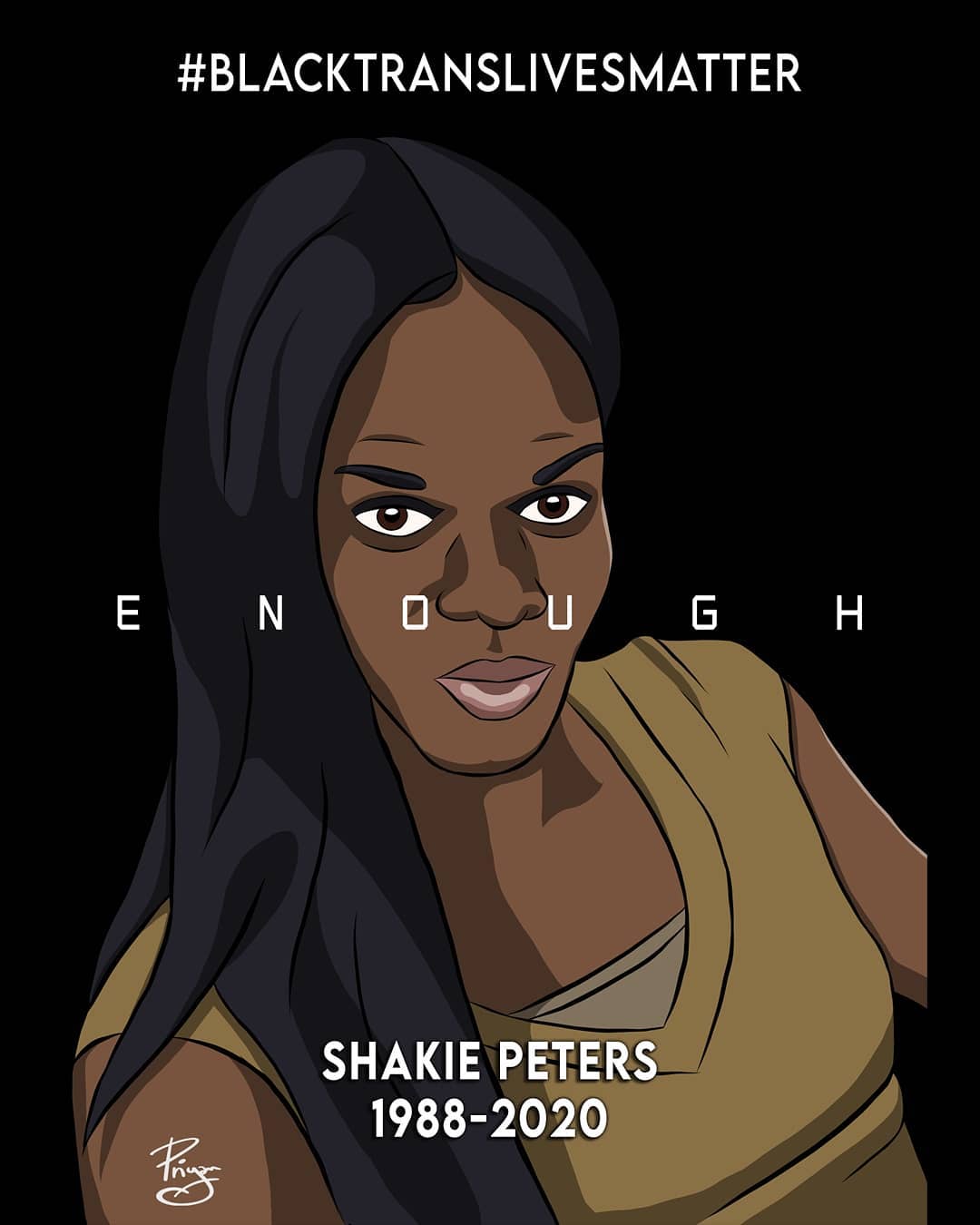 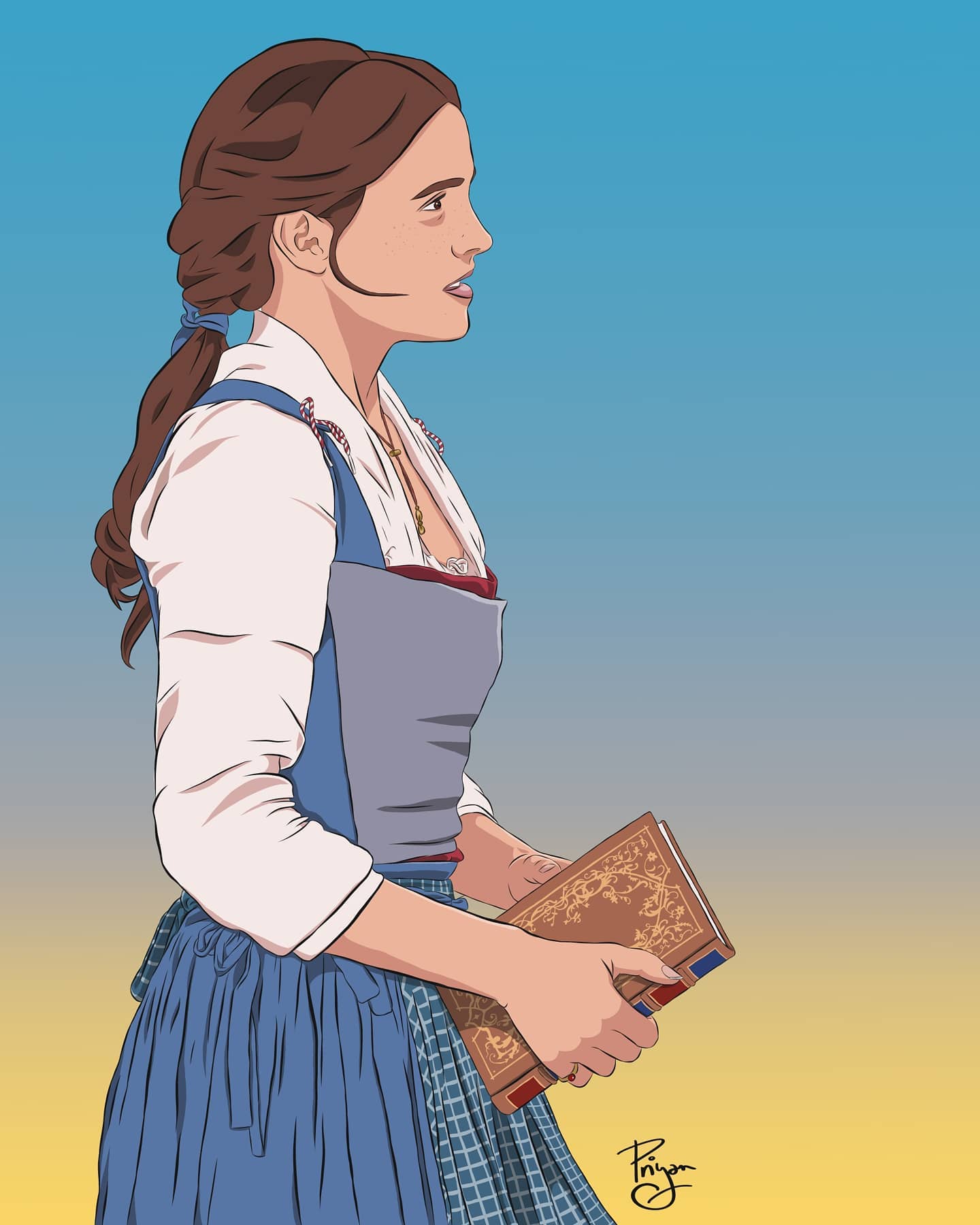 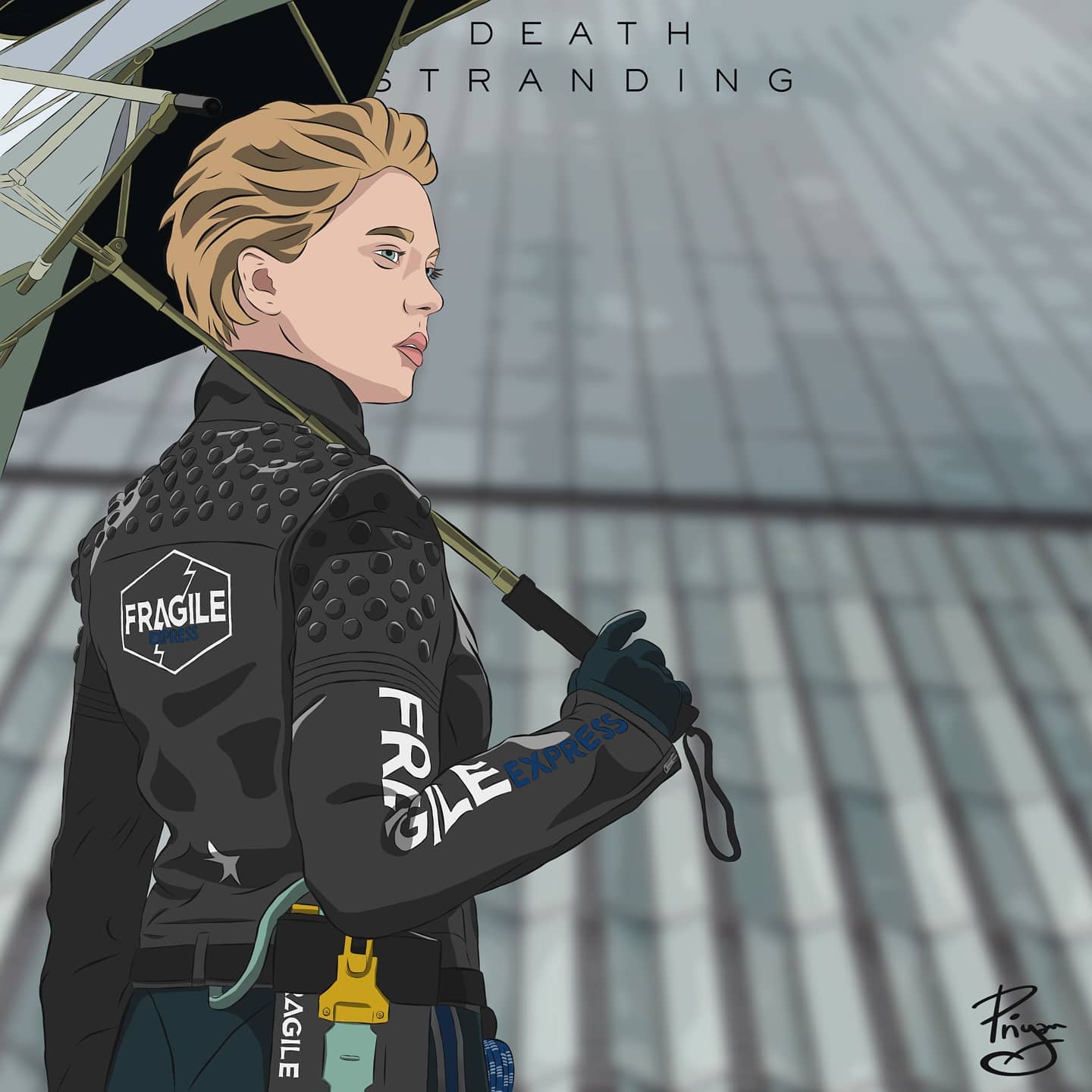